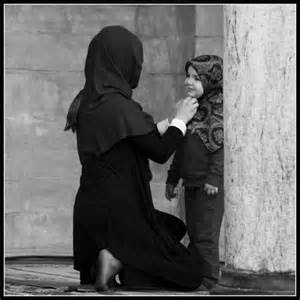 Is Motherhood As We Know it Over? Wealthy Women Farming Out Birth and Childrearing to the Poor

The collection of academic essays edited by Wendy Chavkin and JaneMaree Maher, professors, respectively, of public health and women’s studies, lays out a big, breathtaking picture that’s most startling in its details. Take the Indian town of Anand, once famous for its dairy cooperative, which is now the “global surrogacy capital of India.” Or simply consider that women across India now collectively earn more than $450 million per year as gestational surrogates. Then there’s the fact that a Sri Lankan domestic worker considers the facility where she leaves her child while she cares for another family in Athens to be a “boarding school,” while Western parents interested in adopting children from that institution understand it to be an “orphanage.” And the complicated emotional reality of a young woman, born to Ethiopian parents and adopted by a Swedish couple, which reunites with her biological parents as an adult and decides that, “It doesn’t matter that we have been away from them for more than 20 years, because they gave birth to us and we are there children.” Or the Thai clinic’s website, which offers visitors this greeting: “Welcome to IVF Thailand: Combining a great holiday with IVF!” The anecdotes beg repeating as windows onto this bizarre moment, when technologies are seeping into the globalized world in advance of much planning or regulation.
Some of the most memorable stories emerge in a chapter about couples who travel to and through Dubai as “reproductive tourists.” In one example, a Syrian woman who had come from Lebanon for fertility treatment worries about having a Hindu, as opposed to a Muslim, doctor, even as she has a child in the care of a Filipina (non-Muslim) nanny. In another, a Sunni Muslim couple goes to Beirut (where there is a Shia majority) for egg donation, since that practice – along with sperm donation, embryo donation and gestational surrogacy, has been banned by a fatwain Sunni-dominated Muslim countries. The couple then seeks the eggs of a mid-Western, white American because, as the father-to-be explains it, “I want a white baby to look like me.”
The Globalization of Motherhood(an academic text, which with a cover price of $125, is likely to be most widely read in the classroom), does a great service in documenting these stories, which remain largely unexplored in the mainstream media. In the end, though, the book’s greater contribution is discerning patterns and significance among such intriguing specifics. The bigger picture that emerges is one of new technologies generally exacerbating existing global inequities, with privileged women often relying on less-privileged women for their reproductive services, body parts, and labor (both in the traditional and child-birthing sense). Together, the essays make the disturbing case that the progress of women in developed countries has been made possible, in part, by the services, or perhaps exploitation, of other groups of women.
But, the sociologists, lawyers, demographers and social theorists contributing to this volume largely stay away from blame, instead describing and dispassionately analyzing the global trends that have led women in the developed world into their particular relationship with motherhood. Chavkin’s introductory essay is especially helpful on this front, pulling out the structural forces that have led many women to delay childbearing – and have thus brought on the “fertility crisis” that’s spawned the growth of international surrogacy and reproductive tourism. Among these, she lists “the pressure on women in advanced economies to obtain education and secure employment first; the shortage of housing and social supports for young couples, the delay, the decline and the precariousness of marriage.”
None of these facts of modern, developed life will be reversed any time soon. Nor should anyone expect the technologies that have shaped the new globalized motherhood to go back in their bag. Instead, we’ll have to use existing international human rights tools to address the injustices that have sprung up in the process -a strategy Joanne Csete and Reilly Anne Willis smartly outline in their chapter.Before that can happen, though, we’ll need a full and nuanced understanding of the problem. Luckily, The Globalization of Motherhood has already achieved that critical first step.
Sharon Lerner is the author of The War on Moms: On Life in a Family-Unfriendly Nation, which is due out early next year.

Share
Previous Destroying Freedom, Truth And Justice With The Power of Words
Next Needed: A New Cultural Narrative