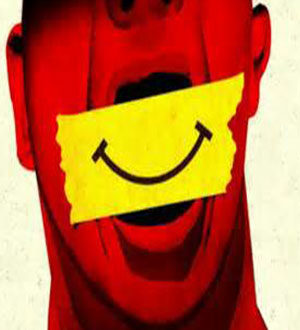 The farce of Western free speech

Speaking outside Elysée Palace in the aftermath of this week’s terror killings in France, former President Nicolas Sarkozy condemned the violence as “an attack on civilization.” Coiffured, sun-tanned and nattily dressed, Sarkozy’s solemn words made him appear like the embodiment of civility.
That’s a quaint turn in etiquette by a politician who is mired in allegations of sleaze and corruption, as well as war crimes.
Sarkozy wasn’t too concerned about “civilization” when he and his British allies launched the NATO bombing campaign of Libya in March 2011 in stark violation of a UN mandate. That seven-month onslaught led to the murder of Libyan leader Muammar Gaddafi – from whom Sarkozy had gladly received hush-hush political donations in the past, before stabbing him in the back.