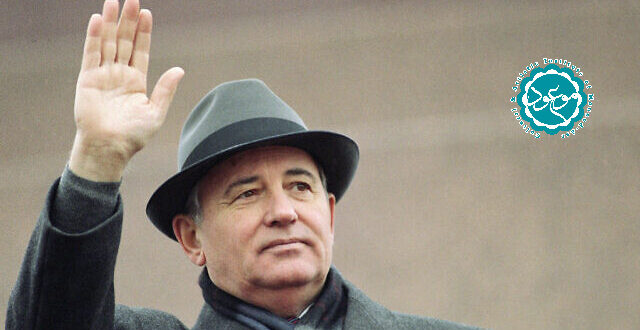 According to Mouood, quoting by Times of Israel:

TEHRAN — Two years before the fall of the Soviet Union, its leader Mikhail Gorbachev would receive an unusual letter from the Islamic Republic of Iran’s founder, inviting him to embrace Islam.

The last leader of the USSR died in Moscow on Tuesday at the age of 91, leaving behind a legacy that polarized observers on either side of the Iron Curtain.

But in January 1989, as Europe’s communist regimes were taking their last breath, Ayatollah Ruhollah Khomeini sent a delegation to Moscow to deliver a letter to Gorbachev.

“Mr. Gorbachev, it is clear to everyone that communism belongs in the world’s political history museums, because Marxism does not meet any of humanity’s true needs,” Khomeini wrote.

Iran’s supreme leader chose to send the letter because, according to him, Gorbachev had “entered, since assuming office, a revisionist phase of the Soviet system.”
“Mr. Gorbachev, you must face the truth: the principal problem of your country is not the question of property, economy and liberty, but the lack of true belief in God. The same problem has led or will lead the West to decadence and deadlock,” Khomeini wrote in his letter.

The ayatollah said communism had no future “because it’s a materialist school, incapable of saving man from the crisis of disbelief in spirituality, the most fundamental suffering of human society in the West and the East.”

The solution, according to the supreme leader, who himself died five months after the missive, was Islam.

“I call on you to seriously study Islam. The high and universal values of Islam can be the source of comfort and salvation for all nations and resolve the fundamental problems of humanity,” the letter said.

By December 1991, Gorbachev would announce his resignation in a televised address, after communist states in eastern Europe collapsed one after the other.

Previous Was the Last Soviet Leader a Zionist?
Next Pope declares mankind is ‘experiencing the outbreak of World War 3’