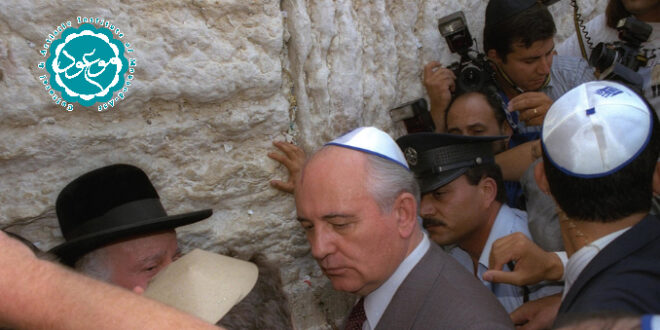 According to Mouood, quoting by Palestine chronicle:

Mickail Gorbachev’s Legacy: Was the Last Soviet Leader a Zionist?

Though there are contrasting views on Gorbachev’s legacy, it is important to recall that as leader of the Soviet Union he oversaw the withdrawal of Soviet forces from Afghanistan in 1989, after Moscow’s failed decade-long war there.

While he served as Secretary General of the Communist Party before ascending to the Presidency of the country, his country’s ill-fated war on Afghanistan was viewed by him as a “political mistake”.

What he failed to acknowledge is that despite Soviet Union’s massive firepower, widespread bombing campaigns, and thousands of troops, the resistance by the Mujahideen was no walkover.

Indeed he failed to own up to horrendous atrocities and massacres amounting to war crimes in Afghanistan. Massive displacement of millions as Afghan refugees in neighboring Pakistan and the Islamic Republic of Iran resulted from the Soviet invasion. And the perpetuation of regime change which Gorbachev presided over despite withdrawing troops, muddied his reputation in the Muslim world.

As a darling of the West, Gorbachev’s ideology shifted dramatically from Marxist-Leninist to Social Democracy or as some commentators have claimed from Communism to Zionism and Capitalism.

Lauded by the US during the Reagan Administration for reforms known as “perestroika” and “glasnost” that sought to change the image of the Soviet Union, Gorbachev walked a tightrope in his attempts to carry his constituency along. 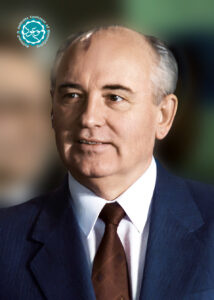 In tandem with the withdrawal from Afghanistan, the Berlin Wall fell and the Cold War between East and West was brought to a halt. Credited as the man who led his country to embrace the West, it was no surprise that Gorbachev was awarded the Noble Peace Prize. To skeptics, it confirmed that he was the architect of the fall of communism in Europe.

Gorbachev who grew up under Stalin’s regime and experienced German occupation in World War II was expected to be circumspect about Western overtures, but instead enjoyed the limelight and red-carpet welcomes in London, Paris, and Washington.

As regards Palestine, the Soviet Union had suspended diplomatic relations with Israel during the Six Day War in 1967, but Gorbachev reopened ties following his elevation to power.

It is not surprising to note that Zionist media platforms have devoted an abundance of space for Israeli leaders to mourn his death and to hail him as a “hero” and “true friend” of the colonial entity.

Gorbachev’s pro-Zionist leaning was evident while serving as General Secretary of the Communist Party, long before his Presidency of the Soviet Union.

During the period diplomatic relations with Israel were terminated, Gorbachev urged Yasser Arafat to suspend the PLO’s armed struggle and instead “recognize” the existence of Israel.

And when he reestablished Soviet Union’s ties years later, it was clear that Gorbachev had no inclination to advance Palestine’s just struggle for liberation, apart from measly rhetoric about a “negotiated settlement”, knowing full well that opening the floodgates to millions of Soviet Jews would boost Israel’s demographic challenges.

In a matter of a few years, more than 2 million migrated to Israel laying their hands on Palestinian land and setting up illegal settlements.

As obituaries to Mikhail Gorbachev abound via social media and mainstream platforms, be assured that the West and Israel will be in mourning as they recollect his special role in ending the Cold War and turning his back on Palestine.

Previous Grossi: IAEAorg‘s Support and Assistance Mission to Zaporizhzhya (ISAMZ) is now on its way!
Next In 1989 letter, Iran’s Khomeini invited Gorbachev to embrace Islam