ImamʿAlī b. Abī Ṭālib (Arabic: علي بن أبي طالب) known as Imam ʿAlī (a) (b. 23 BH/600 – d. 40/661) is the first Imam of all the branches of the Shi’a, a companion, a narrator, and a scribe of the Qur’an. He is the fourth caliph of the Rightly Guided Caliphs in Sunni Islam. Ali (a) is the cousin, and son-in-law of the Prophet (s), the husband of Lady Fatima (a), the father of Imam al-Hasan (a) and Imam al-Husayn (a). The rest of the Imams of the Shi’a are his descendants. According to Shi’i historians and many Sunni scholars, he was born inside the Ka’ba. He was also the first Muslim. 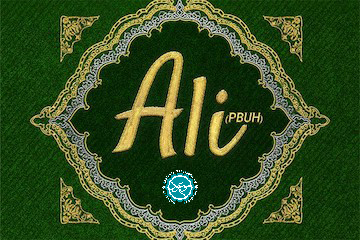 After the Prophet’s (s) demise, a group of people pledged allegiance with Abu Bakr in Saqifa as the caliph contrary to what the Prophet had explicitly stipulated in Ghadir. 25 years later after the caliphate of Abu Bakr, ‘Umar b. al-Khattab and ‘Uthman, ‘Ali (a) accepted the caliphate at the overwhelming insistence of the Muslims. During his short rule, he was faced with three rebellions and was ultimately assassinated by one of the Kharijites while praying in the Mihrab (the prayer niche) of the Kufa Mosque, and was then secretly buried in Najaf.

Ali (a) is considered as the father of many Islamic sciences including Arabic literature, Islamic theology, jurisprudence, and exegesis. Scholars of different sciences have tried to trace back the chain of their hadiths to him. Nahj al-balagha is a selection of his speeches and letters.

In the Shiite view, the coming to power of Imam Ali (a) as the caliph on Dhu l-Hijja 19, 35/June 18, 656, was the late execution of the Prophet’s (s) multiple instructions in different occasions, especially in Ghadir Khumm, that Ali (a) should succeed him and lead the Muslim community after him. The Shia maintain that the Prophet (s) appointed Ali (a) as his successor by the statement “For whomever I am the master, Ali will be his master.” This is what the audience understood at the time and thus congratulated Ali (a) for this appointment, calling him Amir al-Mu’minin (the Commander of the Faithful) In 10/632, the Prophet (s) decided, for the first time after migration, to perform hajj al-tamattu’. He informed the Muslims of his decision, and many of them decided to accompany him on the pilgrimage. The Prophet (s) also wrote a letter to Ali (a), who was on an expedition to Yemen, and called him to hajj.

When the hajj ended, on the way back to Medina, in an area called Ghadir Khumm, where people would part and go to their respective towns, God commanded the Prophet (s) to stop and proclaim to the people the message that He had given him.

The Prophet (s) performed the noon prayer and then delivered a sermon. In his sermon, he asked the Muslims, “Do you not know that I am closer to the believers than their own soul?” The people said, “Yes indeed, we know.” Then the Prophet (s) raised the hand of Ali (a) and stated, “For whomever I am the master, Ali will be his master. O God! Support whomever supports him, and be the enemy of whomever shows enmity to him.” It is reported that some of the Companions asked the Prophet, “Is this the command of God and His Prophet (s)?” and the Prophet answered, “Yes, this is the command of God and His messenger.” When Prophet Muhammad (s) finished his sermon, a number of Companions, such as Umar b. al-Khattab, congratulated Ali (a).

After the demise of the Prophet (s), Imam Ali (a) reminded the people of this event on several occasions and of the sayings of the Prophet (s) in Ghadir Khumm to emphasize his right to caliphate.[146] Considering the context and the details of this event and other evidence (including the subsequent conversations and poems related to the event), the Shia believe that the message that the Prophet (s) delivered on the day of Ghadir was clearly the appointment of Imam Ali (a) as his successor by God’s command. 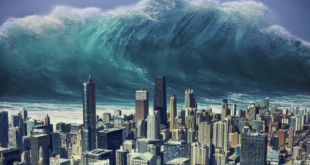 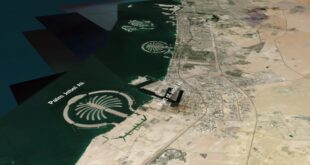 Media: Why Dubai’s Man-Made Islands are still empty? It has been a long time since …