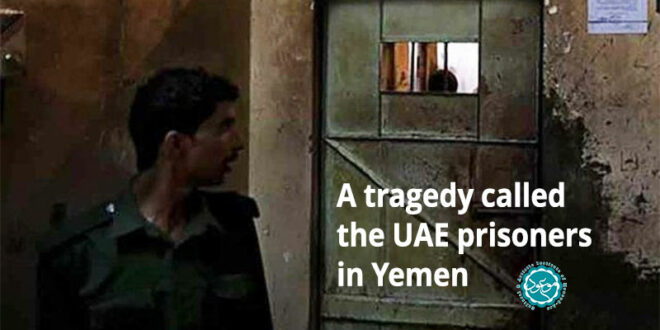 News – A tragedy called the UAE prisoners in Yemen: One of the darkest cases in Yemen is the existence of secret prisons in the UAE, which it uses to intimidate its opponents and torture Yemenis.

According to the Alef’s Website, secret prisons in the southern provinces of Yemen are one of the most prominent black cases and the most important tools of oppression of the invading Saudi-Emirati countries against the opposition. Through them, they carry out criminal acts and destructive policies. The scope of these prisons has widened, despite domestic and international condemnation of the physical and psychological torture inflicted on hundreds of people in UAE prisons.

The UAE and Saudi Arabia not only invaded Yemen and committed war crimes, but created secret prisons as well. They have tortured and sexually abused predominantly Yemeni prisoners, and have committed human rights violations. According to Human Rights Watch, at least 27 secret prisons have been set up by the UAE in southern Yemen. The plight of the UAE prisoners in Yemen is reported. 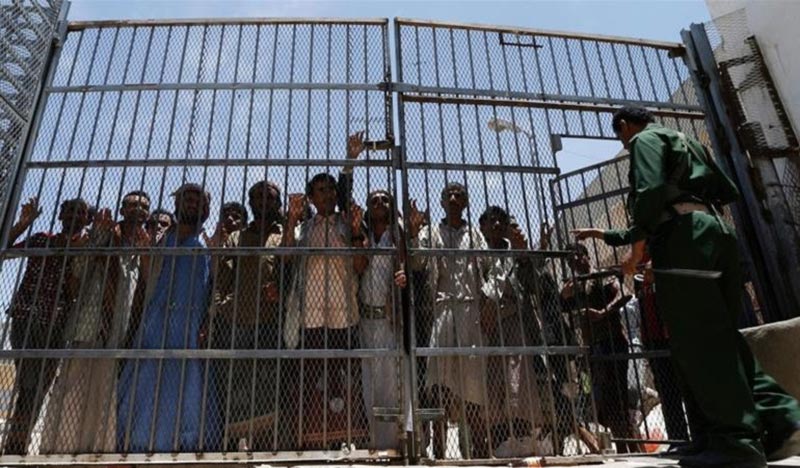 According to reports and the statements of the prisoners rescued from these centers, the situation is far worse than previously thought. Torture is carried out through electric shocks, wild dogs, long-term hanging of prisoners, and incineration to persuade them to cooperate. The Intercept newspaper published an article about the fate of Huda al-Sarari, a Yemeni human rights activist and lawyer who was forced into exile after documenting and exposing UAE prisoners in Yemen.

In 2015, she turned her attention to the case of Yemeni prisoners in the UAE. According to Al-Sarari’s investigation, and some other lawyers and activists, 10,000 prisoners were arrested by Emirati mercenaries on trumped-up charges without legal justification. The team’s work helped to uncover a series of secret prisons run by the UAE with the help of US forces, where detainees are tortured. The Associated Press reported on the United States’ extensive cooperation with prison administrators.

The press reported that Americans participate in the interrogation of detainees, design interrogation questions for the UAE in particular, and share their experiences in Guantanamo and Abu Ghraib; Of course, the British experience in Northern Ireland has also been used in the way these prisoners work. The lawyers’ documents and reports, based on their work, helped secure the release of 260 detainees.

The UAE government declined to comment on the report, while the US State Department referred questions to the Department of Defense, which did not respond either. But al-Sarari appeared in media reports and conducted interviews that targeted him. Four years later, in 2019, her four-year-old son was killed by Emirati mercenaries for exposing torture and crimes in secret UAE prisons in Yemen.

Many people who resisted the invading Arab coalition are being held in secret prisons in the UAE and are charged with having links to the terrorist group ISIS. Al-Sarari was frustrated after working on a record of violations between 2015 and 2016. So when the Associated Press and Human Rights Watch contacted him, he shared what he had with them and arranged family visits.

The two organizations later released reports on UAE secret prisons in 2017, and these findings were confirmed by the UN Committee of Experts on Yemen in its 2018 report. The reports included testimonies from former detainees who condemned the actions of UAE-backed forces and reported beatings, torture, sexual harassment, and detention in ship containers with bags on their heads for several months. They said Yemeni prisoners were beaten. Airport facilities, private homes, nightclubs, and military bases were used as secret prisons.

According to former Yemeni prisoners, Yemeni detainees were interrogated inside the ship, and Emirati mercenaries hung the prisoners on fire with an iron bar. They also detained people with children, which shows the brutality of the aggressor forces against the innocent Yemenis. Supporters of Saudi Arabia and the United Arab Emirates began torturing the Yemeni lawyer following reports and statements from al-Sarari. They tried to discredit him by launching a campaign and accusing him of all kinds of slander and slander.

Emirati forces also secretly entered his house and stole his mobile phone. A released Yemeni prisoner said that the Emiratis had special skills in psychological torture methods, including stripping prisoners, shackling their hands and feet for long hours, insulting and beating them in the face, drowning in the pool, and deprived of sleep and preventing prisoners from bathing.