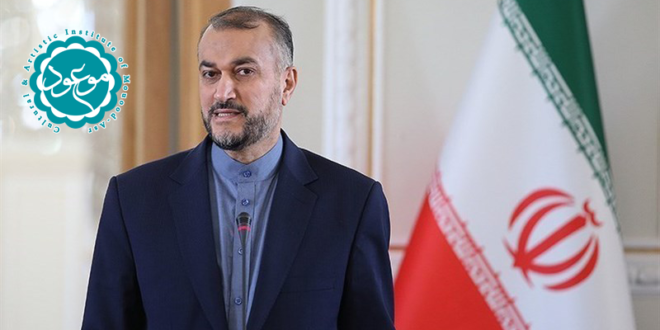 Accoring to Mouood, quoting by Tasnim:

TEHRAN (Tasnim) – The foreign minister of Iran held the Taliban accountable for the security of Iranian diplomatic missions in the neighboring country, saying they should provide explanations for the recent attacks on the Iranian embassy in Kabul and its consulate general in Herat.
Hossein Amirabdollahian on Tuesday held separate telephone conversations with the Iranian Ambassador to Kabul Bahador Amininan and the consul to Herat, a day after videos surfaced online of the attacks on the two diplomatic missions.

The attackers, who were described in media reports as extremist elements, only managed to damage the mission’s surveillance cameras by throwing stones at them.

The Iranian foreign minister criticized Afghanistan’s rulers for failing to make the necessary arrangements to ensure the security of the diplomatic missions, which is a responsibility of the host country.

He warned of plots being pursued by enemies to sow discord between the two countries, Press TV reported.

Earlier in on Tuesday, the Iranian Foreign Ministry summoned the Afghan charge d’affaires to strongly protest against the attacks. Tehran also called for legal proceedings to be launched against those behind the attacks.

In recent weeks, unverified videos purporting to show Afghan refugees being mistreated in Iran have been published on social media, angering many Afghans. On Monday, crowds of Afghan people gathered in front of Iran’s embassy in Kabul and its consulate general in Herat, throwing stones at the buildings and damaging the security cameras.

Previous Iran Urges Permanent Truce in Yemen
Next A sip of the spring of wisdom; Time to reflect