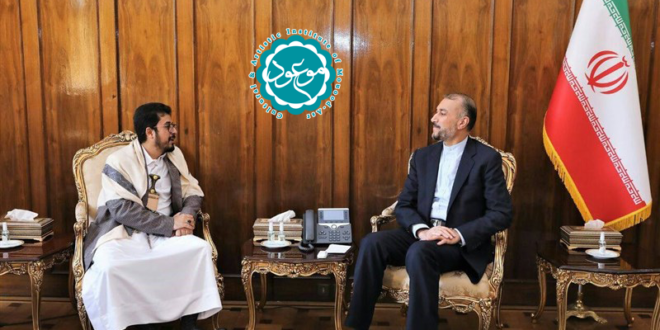 TEHRAN (Tasnim) – Voicing concern about the critical situation in Yemen, Iranian Foreign Minister Hossein Amirabdollahian called for a permanent ceasefire in the Arab country and arrangements for Yemeni talks.
In a Tuesday meeting with Yemeni Ambassador to Tehran Ibrahim Mohamed al-Dailami, praised the Yemeni people’s resistance against the Saudi-led coalition’s military attacks.Amirabdollahian

Expressing concern about the critical conditions in Yemen, the top Iranian diplomat stressed the need to fully lift the siege of the Arab country, ensure a permanent ceasefire, and pave the way for Yemeni negotiations in order to allow the country’s people to settle their own fate.

“With their morale of resistance and wisdom, the people of Yemen would decide their own fate,” he stated.

For his part, the ambassador lauded the Iranian government and people for their stances in support of Yemen.

Dailami also briefed the Iranian foreign minister on the process of the temporary ceasefire and the latest developments in his country.

Saudi Arabia and a number of its regional allies — including the United Arab Emirates (UAE) — launched a brutal war against Yemen in March 2015. The war was meant to eliminate Yemen’s popular Houthi Ansarullah movement and reinstall a former regime.

The long-running conflict has created what the United Nations has described as the world’s worst humanitarian crisis.

Yemen is now in the first week of the two-month UN-brokered truce. It is the first nationwide break in hostilities since 2016.