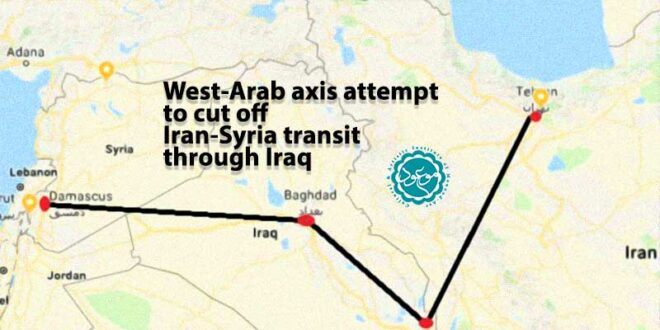 Farsnews: New transit routes such as the UAE-Turkey and the Faw-Turkey railway are being pursued through Iraqi territory. The Western-Arab axis is provoking Iraq to bypass the Iranian transit routes and close all the Iraqi routes to Iran.

Iran’s transit connection to the Mediterranean is one of the most important regional policies of Iran. It can neutralize the high percentage of sanctions and replace Iran’s regional influence with the US presence in West Asia, so the US and its regional allies do their best to prevent this procedure. 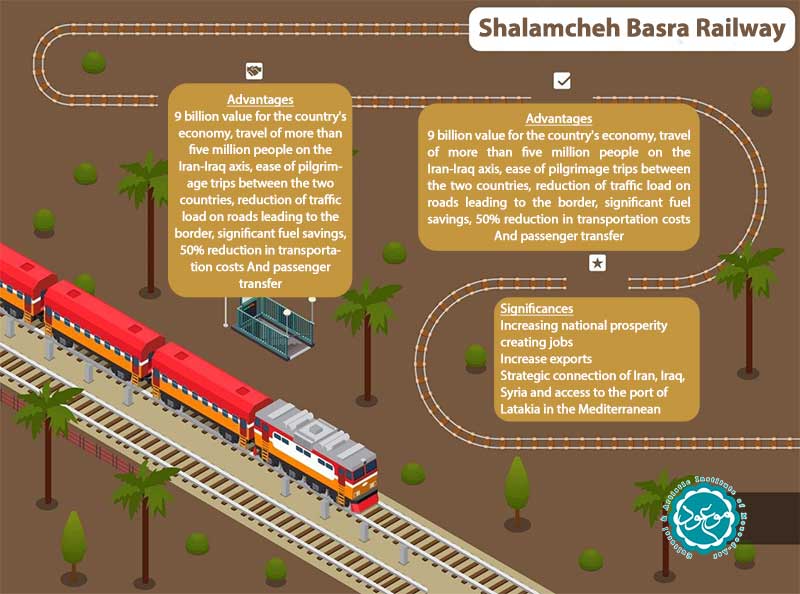 The length of the Shalamcheh-Basra railway line is only 32 km. If this railway and the Arvand River drawbridge are constructed, the railway network of the two countries will be connected.

Also, the Iraqi transit law has been approved in the form of the country’s accession to the World TIR Convention. Two titles of the joint Iranian-Iraqi border have been declared as a transit borders. But Iraq still does not allow the transit of goods between Iran and Syria through its territory, while many transit goods pass through different countries without the TIR convention. 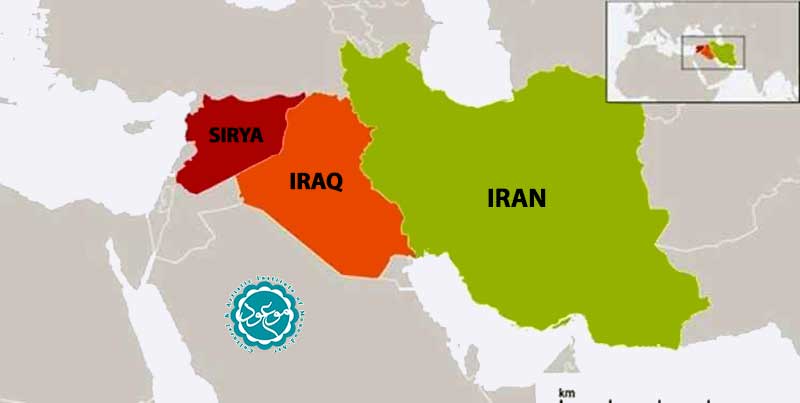 Ali Ziaei, a transportation and transit expert, told Fars News Agency: “According to most experts, the United States of America is behind these stone-throwing attacks against Iran’s transit.” It is working to prevent Iraq from becoming a bridge for Iran to reach its allies on the Mediterranean coast, such as Lebanon and Syria. Along with the United States, its allies, such as Turkey, have worked to isolate Iran in transit in the region.

He continued: “Although in recent weeks, news has been published based on the formation of a land transit corridor between Turkey and the UAE from Iran, and the first trucks of the two countries also transited goods through Iran, in recent days the UAE sought to change this route from Iran has come to Iraq; “The Emirati people have suggested to Turkey that until the construction of the Basra railway to Turkey, the country’s land roads can be used as a transit route in To be considered”.

The transportation and transit expert said: “Preparations are underway to launch Turkish-UAE transit through Iraq, while this country has closed its borders to transit from Iran.”

“On the other hand, Iraqi officials have made some thoughtful statements in this regard. In recent days, al-Shalabi, the Iraqi Minister of Transport, has explicitly stated: “There will be no rail connection with Iraq.”

He stressed: “some Iraqi officials believe that if the Shalamcheh-Basra railway is built, Iranian ports will replace Iranian ports such as Faw and Umm al-Qasr and the source of Iraqi port imports.”

“While Iraq has been suspending the Shalamcheh-Basra project for years, its transport minister has announced that the country is in talks with Italy to build a national railway. The railway will start from the port of Faw in the south,” to the borders of Turkey in its north (Fish Khabur border); said a transport and transit expert. Turkey supports This plan, and they intend to bypass the north-south corridor of Iran using Iraq railway.

Ziaei said: “While new corridors such as the UAE-Turkey and the Faw-Turkey railway are to be built through this country, all Iraqi transit routes are closed to Iran.”

The transportation and transit expert stated: “This practice of the Iraqi government, which has been carried out under pressure from the United States and some countries in the region, could change Iran’s current supportive policies towards Iraq if it continues in the future.

Share
Previous A sip of the spring of wisdom; Time to reflect
Next Pressure Begins on Iran (The Art of Sanctions – Part 7)