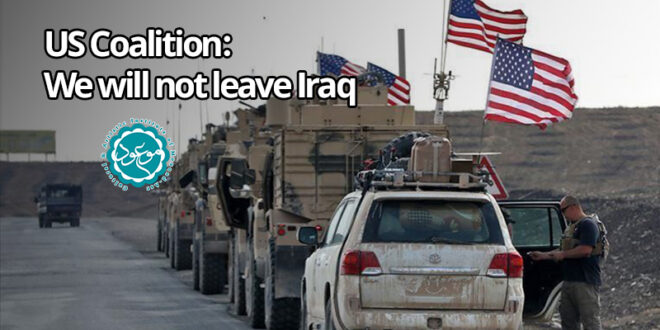 News: Col. Harper, a spokesman for the US-led International Coalition Against ISIS, has recently claimed that the coalition has no military base in Iraq anymore.

In an interview with Al Jazeera, Harper said that US coalition forces are stationed at the Ain al-Assad bases in Anbar, Erbil in the Kurdistan Region, and the Joint Operations Center in Baghdad.

“Some of the attacks are carried out on centers where elements of the US coalition are stationed,” he said. “It’s Iraq and the Peshmerga.”

“The international coalition will not leave Iraq, but according to the Iraqi government, its role will change from a war to an advisor,” he said. “So staying in Iraq – with this new role – was done at the request of Baghdad.”