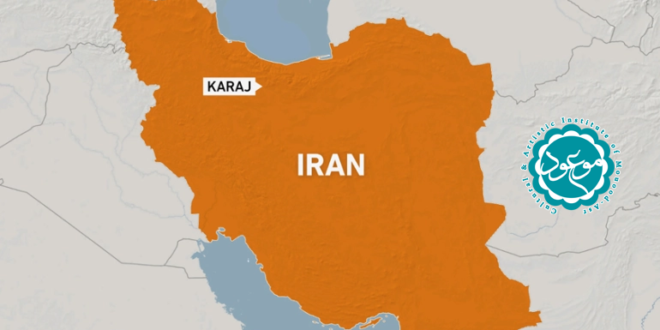 IAEA to not have access to the recordings from the cameras, which will be installed ‘after technical reviews by Iranian experts’.

Tehran, Iran – The International Atomic Energy Agency (IAEA) said it has been given access once again by Iran to a centrifuge parts manufacturing facility in Karaj to replace cameras that were damaged or destroyed when the site was targeted by a sabotage attack in June this year.

On Wednesday, Iran said it “voluntarily” agreed to grant access to the global nuclear watchdog in an effort to prevent misunderstandings, according to a report by Nournews, an outlet close to Iran’s security forces.
The report added that security and judicial investigations into the attack, which was blamed on Israel, were concluded and that the IAEA recently agreed to Iran’s request and condemned the attack.

As per a law passed by the hardline Iranian parliament, the IAEA will not have access to the recordings from the cameras which will be installed “after technical reviews by Iranian experts”.

“The agreement with Iran on replacing surveillance cameras at the Karaj facility is an important development for the IAEA’s verification and monitoring activities in Iran. It will enable us to resume necessary continuity of knowledge at this facility,” IAEA Director General Grossi said in a statement.

“I sincerely hope that we can continue our constructive discussions to also address and resolve all outstanding safeguards issues in Iran.”

Since February 2021, Iran has stopped the voluntary implementation of the Addition Protocol, a document that provided the IAEA with extended monitoring capabilities as part of the country’s 2015 nuclear deal with world powers.
The cameras have not stopped recording, but Iran has said it will hand over the recordings only when the United States – which unilaterally abandoned the nuclear deal in 2018 – lifts sanctions imposed on Tehran.

Representatives of world powers party to the Joint Comprehensive Plan of Action (JCPOA), as the deal is formally known, are currently in Vienna in an effort to revive the deal.

If implemented, the announcement on the Karaj workshop resolves one of the outstanding issues between Iran and the IAEA, which, for months, has been calling for restored access to the site.

The reinstallation of cameras and “other related technical activities” will take place before the end of the year, the agency added in the statement.

Earlier on Wednesday, Iran’s Foreign Minister Hossein Amirabdollahian told a gathering of Iranian diplomats in the capital Tehran that Iran and the IAEA reached a “good agreement” on Tuesday night, adding that it was reached by a delegation from the Atomic Energy Organization of Iran (AEOI) in Vienna.

He also renewed his criticism of the agency by saying the IAEA engages in political rhetoric that goes beyond its technical mandate.

In Vienna, meanwhile, Iran presented two documents that contain its proposals on the lifting of sanctions and bringing its nuclear programme back into full compliance with the nuclear deal.

The Western signatories of the deal have not welcomed the texts, saying they erase some of the progress achieved during six rounds of talks that ended in June, and on some occasions go beyond the original nuclear deal, claims that Iran rejects.