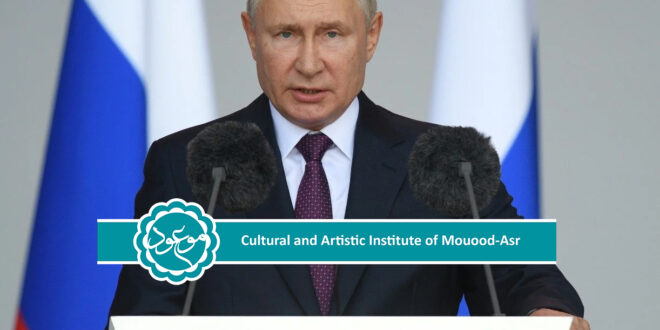 US Countering Russia and China

According to Mouood, quotes by National Interest:

Much like the 1945 Yalta Agreement, a global sphere of influence between the United States, Russia, and China might have similar success for the entire world.

There is an increasing threat of a two-front war with Russia and China stemming from their increasing superiority over the United States in terms of nuclear, electromagnetic pulse (EMP), and cyber weapons. Despite this increasing U.S. strategic military inferiority, many if not most U.S. policymakers continue to believe that the United States is the strongest military power on Earth This fallacy has caused them to neglect rebuilding America’s nuclear arsenal, building a comprehensive national missile defense system, and hardening the U.S. electric grid to deter a catastrophic attack by Russia or China. U.S. leaders must discard their idealistic misconception of a safe and secure unipolar world in which the United States is universally recognized as the most powerful superpower. The reality is entirely different. America now faces increasingly stark, limited, and uncomfortable choices, and is in desperate need of a new, forward-thinking grand strategy that counters, divides, and disrupts this burgeoning alliance between two nuclear superpowers.

To answer this unprecedented national security dilemma and ensure America’s survival, U.S. leaders must replace their pursuit of hegemony, an outdated and failed grand strategy, with one of strategic retrenchment and offshore balancing. A strategy of strategic retrenchment would conserve America’s precious blood and treasure along with its limited military resources and refocus them on the defense of core, vital U.S. interests. It would reduce the risks of the outbreak of an unnecessary war with America’s nuclear superpower adversaries leading to a safer, more secure, and, hopefully, more peaceful world.

Retrenchment would seek to ensure that no one major power dominates Europe and Northeast Asia. However, it would force U.S. allies to assume the main security burden in their respective regions, and would rely on local powers to balance regional hegemons such as Russia and China. U.S. military forces would remain stationed over the horizon, either offshore or within the United States, eschewing the forward-deployed posture where U.S. forces essentially serve as “tripwires” that ensure U.S. entanglement in foreign wars in the event of aggression but are insufficient to defend U.S. allies or even to deter such aggression in the first place. A strategy of offshore balancing would restore U.S. freedom of action to choose which wars to be involved in and which ones to avoid, given that such wars could quickly and unexpectedly escalate to the nuclear level.

Accordingly, in order to reduce the increasing risk of the United States becoming entangled in great-power wars which would further expose the U.S. homeland to nuclear/EMP attack, the United States would withdraw its military forces from Europe, Africa, and Asia, including the Middle East. It would also abstain from invading and occupying other countries or engaging in nation-building endeavors. The United States would send expeditionary forces only if the nations within its sphere of influence or those that constitute its vital interests, such as Western Europe and Japan, were under imminent threat of enemy attack. An exception might be made for keeping a limited number of U.S. troops forward deployed in Germany as a hedge to deter potential Russian aggression against Western Europe—in recognition of the unique importance this region has for the U.S. economy and industry.

A scaled-back U.S. military presence overseas would further undercut support for anti-American terrorism and, most importantly, would greatly reduce the impetus for Russia and China to ally with each other to balance against the United States. As part of this strategy, America would finally abandon its failed Global War on Terror, which wasted trillions of dollars fighting fruitless counterinsurgency wars in the Middle East. Instead, after two decades of distraction in which Russia and China have overtaken U.S. capabilities in virtually every key area of strategic military technology, the United States would finally pursue the modernization and rebuilding of its strategic nuclear arsenal and strategic defensive capabilities.

This retrenchment theory is not new either; It has been championed by some of America’s foremost political scientists such as John Mearsheimer, Stephen Walt, Robert Pape, and Christopher Layne. Moreover, historical analysis demonstrates that most great powers in acute decline adopted retrenchment strategies and were markedly more successful than states that implemented other policies.

The adoption of a grand strategy of offshore balancing could be accompanied by the pursuit of a U.S. diplomatic “peace offensive” and the negotiation of a global sphere of influence agreement that safeguards vital U.S. interests to avert the increasing likelihood of an unintended and cataclysmic war with Russia or China. The last sphere of influence agreement was negotiated by President Franklin Delano Roosevelt, Prime Minister Winston Churchill, and Soviet dictator Josef Stalin at the Yalta Conference in February 1945. It was successful in keeping the great power peace in Europe for over half a century, thanks, in large part, to the U.S. retention of “rough” nuclear parity with the Soviet Union during the entirety of the Cold War.

A global sphere of influence between the United States, Russia, and China might have similar success for the entire world. Russian president Vladimir Putin has repeatedly expressed that one of his chief foreign policy objectives is the conclusion of a “new Yalta” agreement. In such a schema, the world would be divided into regions, each with its own dominant regional hegemon, with the overriding objective of promoting great power stability and peace.

Under such an agreement, the United States would retain the largest sphere of influence, including the entire Western Hemisphere, Western Europe, Japan, Australia, and New Zealand, which would remain protected by the U.S. “nuclear umbrella.” The Russian sphere of influence would include the former Soviet republics, Serbia, Iran, Iraq, Syria, and Libya. China’s sphere of influence might consist of North Korea, Taiwan, the South China Sea, Pakistan, Afghanistan, the four Marxist/Communist nations in southeast Asia and around half a dozen African nations currently led by Marxist/Communist dictators. Were U.S. leaders to agree to such a plan and  to commit that no U.S. troops would be deployed to Eastern Europe—except in case of Russian aggression—then Russia, having realized its objective of achieving military security along its western frontier, might turn its focus eastward towards the rising threat of China.

As the ancient Chinese general Sun Tzu wisely stated in The Art of War, “Thus, what is of supreme importance in war is to attack the enemy’s strategy. Next best is to disrupt his alliances by diplomacy.” Today, the United States might even agree to withdraw from NATO, which would continue to function as a European-led rather than U.S.-led alliance, in exchange for a Russian withdrawal from its alliance with China and an end to all Sino-Russian military cooperation and mutual assistance. Such a comprehensive agreement would recognize and respect the vital interests of all three nuclear superpowers and resolve all major outstanding disputes. This would minimize the potential risks of military conflict in the interests of preserving great-power peace.

As Graham Allison explained in an op-ed published by Foreign Affairs, preserving this peace is critical to U.S. national security:

Even a conventional war that could escalate to nuclear war risks catastrophe. . . . Going forward, U.S. policymakers will have to abandon unattainable aspirations for the worlds they dreamed of and accept the fact that spheres of influence will remain a central feature of geopolitics. That acceptance will inevitably be a protracted, confusing, and wrenching process. Yet it could also bring a wave of strategic creativity—an opportunity for nothing less than a fundamental rethinking of the conceptual arsenal of U.S. national security.

Russia and China already have their own spheres of influence, Allison notes, whether U.S. leaders recognize them or not. Repeated U.S. military incursions into these spheres of influence since the end of the Cold War (most notably via the expansion of NATO into Eastern Europe generally and into the Baltic states specifically) has provoked both to ally more closely together militarily.

Further, the United States has security commitments with over one-fifth of all countries, leaving its military seriously overextended. To remedy this issue, another more viable and politically palatable alternative to concluding a comprehensive agreement with Russia and China would be for the Biden administration to unilaterally withdraw forward-deployed U.S. military forces from Eastern Europe, Central Asia, the Middle East, the South China Sea, Japan, and the Korean Peninsula. U.S. leaders continue to believe that the more allies the United States has, the safer and more secure the country is. However, commitments to fight unconventional and potentially nuclear wars with Russia and China over nations that do not constitute vital U.S. interests create far more risks for U.S. national security than benefits. The Biden administration should subject all U.S. alliances to a cost-benefit analysis to determine which ones enhance U.S. national security and which ones put it at greater risk of being dragged into great power conflicts over secondary interests. America could shed all of its security commitments that don’t pass the test.

Most urgently, U.S. leaders should immediately inform Moscow and Beijing that America will not intervene militarily in any potential wars over Taiwan or the former Soviet republics (all of which are indefensible anyway), essentially renouncing future U.S military interventions in their spheres of influence. Such actions would strengthen U.S. national security and greatly reduce the chances of an attack by Russia and China on the U.S. homeland by reducing the perceived threat to Moscow and Beijing while increasing the likelihood of fissures and dissension between them, potentially dividing and disrupting their alliance over time. As history shows, nothing has united Russia and China more than America’s short-sighted attempts to project its power into Eastern Europe and East Asia along with its efforts to become the dominant superpower. Without America instigating their ire, their historically adversarial relationship might have resumed long ago. 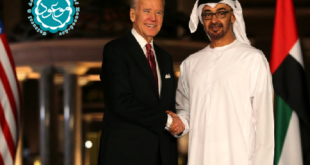 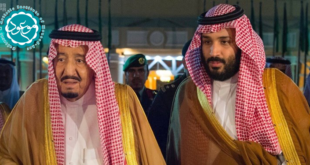 According to Mouood, quoting by FNA: Report: Saudi Arabia Facing Unprecedented State of Insecurity An …