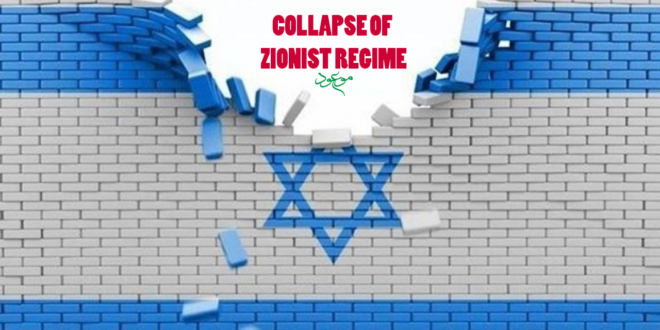 According to the Mouood, quotes by Strategic Council Online – Interview: An expert on West Asia affairs said that the Zionist regime is confined within internal economic challenges, social behaviors based on anonymity, lack of history, culture and social confusion, adding: The real data about the Zionist regime show that the arguments about the collapse of the regime are not based solely on analysis, but on a fact that is revealed by real statistics and numbers.

INEVITABLE COLLAPSE OF ZIONIST REGIME DESPITE EFFORTS FOR PROJECTION

Speaking in an interview with the website of the Strategic Council on Foreign Relations, Mehdi Azizi stressed that the political, economic and social issues and challenges in the Zionist regime are not the product of today’s events or the behavior of the Netanyahu government but are the result of seven decades of occupation and anonymity, and the Zionist regime, after seven decades of occupation, has been faced with an identity challenge that manifests itself in various dimensions.

Netanyahu helping to accelerate collapse of the Zionist regime

He added: The Zionist community came to the Palestinian territories mainly from different parts of the world in a hope of a better life; but since that society is formed by relying on military power, it does not have the characteristics of a nation and its authority, self-confidence and socio-political decisions are formed on the basis of military power; for this reason, the successive defeats of the Zionist regime, especially from 2006 to 2008 and until the recent 12-day war, have had a profound effect on the behavior of that society.

Referring to an article published by the former head of the Zionist regime’s public security apparatus (Shabak) in the newspaper “Yedioth Ahronoth” in which he wrote about the possibility of the collapse of the regime in the near future, the analyst of West Asia affairs said: In fact, Netanyahu’s performance accelerated and intensified the consequences of this economic, political, and social heterogeneity; in particular, the Israeli society has raised protests in various areas in recent years, and in addition, it has been severely affected by disorder and racism.

He added: As we are witnessing now, there is severe class discrimination between the Jews who have migrated from Africa and other Jews in those lands, and incidentally, the strata that have led most of the protests are those who experience this racial discrimination and their self-confidence has been destroyed as a result of the successive defeats of the Zionist army..

Saying that some of the behaviors and policies of the leaders of the Zionist regime are aimed at restoring that self-confidence, Azizi referred to the economic challenges and the fragile political structure, as well as the political stalemate and corruption cases of Netanyahu and continued: There is a series of real data in the Zionist regime that show the discussions about the collapse of this regime are not only based on analysis, but also on real statistics and numbers.

Heterogeneity of the Zionist community

He referred to the remarks of Yair Lapid in an interview with Reuters that people in the occupied territories are extremely frustrated and angry; because they have migrated to a place where the situation is more difficult than ever, and said: This is the first time that the Zionist society has become so distrustful of its political structure, and this dispersal in the parties and their fragmentation shows that this society has become very heterogeneous..

Azizi stated: None of the promises that were made have been fulfilled, those people do not have a common history and culture and there is no common social behavior between them. Relying solely on military capability has kept them together, and the inefficiency of this capability, as the symbol of the regime’s power, is also well illustrated today. According to a report published in the Zionist media, today more than 50% of the Zionist community living in the Occupied Territories believe that their conditions are bad, corruption is becoming more widespread, there is no democracy, and the security situation is getting worse every day.

The expert on West Asia affairs said that with the process of strengthening capabilities in the axis of resistance, on the other hand, we are witnessing the decline of the Zionist regime, adding: On the other hand, the Islamic resistance has been formed in Palestine, Lebanon and the region and changed the equations, and the synergy between the resistance has been formed in the whole geography of Palestine as such that it is not limited to a specific geography such as Gaza or special tools. The methods and approaches of resistance and military balance have besieged the Zionist regime, and today they are actually enclosed within the walls they have built to ensure their security. 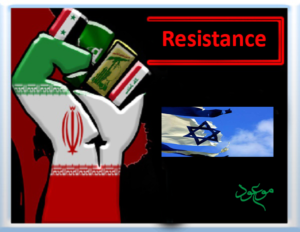 Emphasizing that the Zionist regime is confined to internal economic challenges, social behaviors based on anonymity, lack of history, culture and social confusion, and reverse migration, Azizi continued: The Americans are trying to help the regime under the current situation, but that society cannot tolerate this fragile structure.

He referred to the adventures of the Zionist regime in the countries of the region and the axis of resistance and added: In addition to belligerence and creating tension to be as part of the structure and identity of the regime; in every internal crisis and challenge, it tries to project those challenges. This regime considered itself an invincible myth and tried to instill this idea in others!

Emphasizing that today this myth of invincibility has been shattered as a result of the activities of the Axis of Resistance, Azizi stated: The Axis of Resistance is in a situation where it has grown and can easily threaten the Zionist regime. With such a situation, this regime is trying to transfer internal tensions and challenges to the outside world, and in this regard, we are witnessing attacks on Syria and intervention in Lebanon.

At the same time, he said: the Zionist regime with all the billion dollars help of the US is in a situation that cannot prevent its collapse. 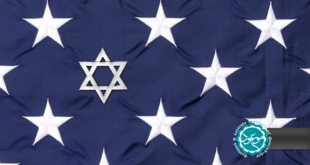