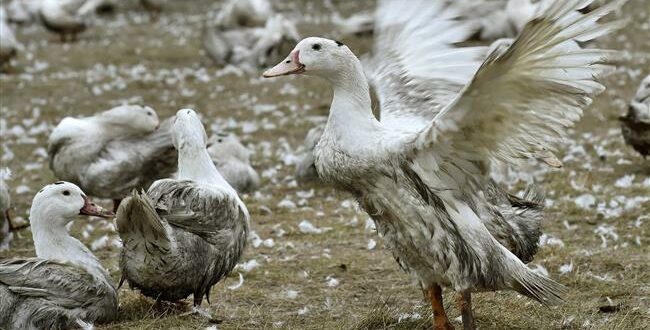 Spain has ordered 17,000 ducks to be culled after a case of H5N8 bird flu is reported in a farm in Catalonia.

The Catalan regional government on Thursday confirmed that the ducks are to be killed to stop the spread of the highly contagious disease.

The Central Veterinarian Laboratory in Algete near the capital Madrid announced the presence of the H5N8 bird flu virus after examining the ducks on a farm near Girona.

On Tuesday, another H5N8 strain was found in a dead stork in a nearby area.

The birds on nine farms in the Catalan region are currently under close examination as a precautionary measure against the spread of the deadly virus.

The virus has spread across the globe since late last year leading to the slaughter of millions of poultry and the confinement of flocks indoors.

The French government on Tuesday ordered the slaughter of 360,000 ducks in a bird flu-hit southwest region.

On Wednesday, South Korea confirmed an outbreak of the H5N8 bird flu virus at a duck farm in the southwest of the country.

The Southeast Asian country culled a record number of more than 33 million farm birds, or nearly a fifth of its poultry population, in an effort to contain the outbreak of the deadly virus affecting poultry.

China also reported investigations into a new strain of bird flu virus found in the country. According to state radio, the new strain of H7N9 bird flu has only been detected in Guangdong province, so far.

The H5N8 virus is highly contagious in birds but it has never been found in humans.

In January, the US Department of Agriculture reported that a type of bird flu in a wild duck was detected in western state of Montana. The flu appeared to match one of the strains found during an outbreak of the disease in 2014 and 2015 that led to the deaths of millions of chickens.

Governments compensate farmers for any culling carried out in response to the confirmation of the virus.