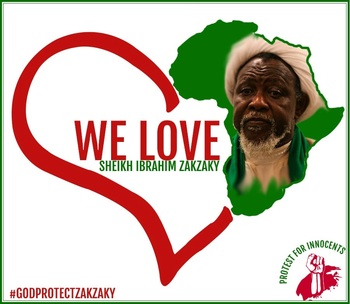 The award ceremony organized at the Enugu campus aimed at celebrating the beneficiaries whom, they said, have been speaking against the violation of human rights in Nigeria.

The organizing Chairman, Mr. Shuaib Isa Ahmad in his opening remark explained the importance of the award, saying that it is only those with uncommon bravery that are speaking up against injustice, persecutions and oppression of Nigerians in the face of a total clamp down of Nigerians under this administration.

He narrated how the military invaded the peaceful Shiite Muslims and the Biafra agitators by killing them unjustly.

He also said that Governor Fayose of Ekiti State, El-Zakzaky who is currently in detention, Nigerian Wailers, others were chosen for their bravery for speaking up against oppression of Nigerians and that they deserved the awards.

Stressing on the need to drive the campaign against human rights violations to the nooks and crannies of Nigeria, Mr Shuaib said it has been organized at the University of Lagos and the campaign will be taken to other states in Nigeria.

While calling on the Federal Government to obey court rulings and set Sheikh Zakzaky free and others described as prisoners of conscience, Mr Shuaib enjoined all Nigerians to support and join the campaign.

Dr. Jibril Adekunle said lack of respect for rule of law will induce doubt in the minds of Nigerian and its democracy. He urge the Government to set Sheikh Zakzaky free as well as other political prisoners.

The event was well attended by many students, members of the UNEC community and participants from other parts of Nigeria.

The prominent cleric and his wife were taken into custody on December 14, 2115, after deadly clashes between the supporters of the IMN movement and Nigerian troops.