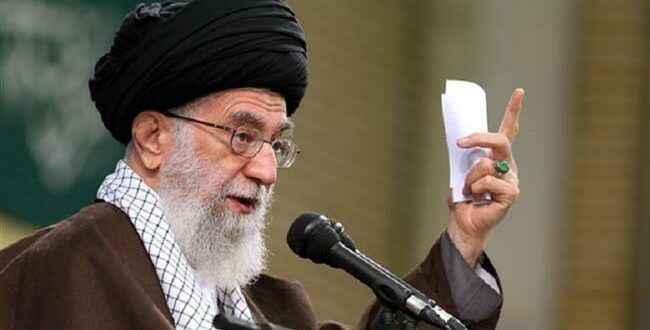 If not in Syria, we should have fought Takfiris in Iran: Leader

Leader of the Islamic Revolution Ayatollah Seyyed Ali Khamenei has said Iran could have fought a war inside its borders if the enemy threats had not been thwarted in Syria.

“If the ill-wishers and seditionists, who are the puppets of the US and Zionism, had not been confronted [in Syria], we should have stood against them in Tehran, Fars, Khorasan and Esfahan,” Ayatollah Khamenei said in remarks published Thursday.

The Leader made the remarks this week during a meeting with the families of Iranian commandos killed in Syria, in which he paid tribute to the memory of those who lost their lives in the battle against Takfiri terrorists.

“Not only the army, but also the entire nation is proud of these martyrs,” said Ayatollah Khamenei, whose remarks were reported by several Iranian news agencies.

Earlier Thursday, a senior military commander said Iran’s armed forces are capable of thwarting any US threats due to the Islamic Republic’s achievements in enhancing the country’s military might.

Brigadier General Hossein Salami, the second-in-command of the Islamic Revolution Guards Corps (IRGC), touched on US strategies against Iran during the imposed Iran-Iraq war in 1980s.

“They (the US) sought to undermine us in the war, but we managed to build an immense missile and marine power and an endless ground force,” he said in the Iranian city of Yazd, adding Iran has built up so much power that has made it “capable of overcoming the US.”

“Today, no one talks about overthrowing the [Islamic] establishment and military invasion of Iran, because the more the enemy fought with this nation, the stronger the Iranian nation became,” he added.

Salami pointed to Iran’s awareness of the extent of Washington’s real power. “We know that the capacity of the US, Europe and their regional allies for the dominance over the Muslim world is diminishing.”

The commander said US efforts to undermine Iran’s influence in the region have prompted the Islamic Republic to promote its weight in different parts of the Muslim world, including in Syria, Lebanon and Palestine.

“In Iraq, we witness what kind of power has been created. The Americans are not capable of taking action in Iraq, but the Iraqi popular mobilization forces, inspired by Iran’s Islamic Revolution, have now taken the initiative in Iraq’s field developments,” Salami added.

“Today, we are capable of designing and manufacturing any missile and aircraft that we need,” Hajizadeh said.

In recent years, Iran has made great achievements in its defense sector and attained self-sufficiency in producing essential military equipment and systems.