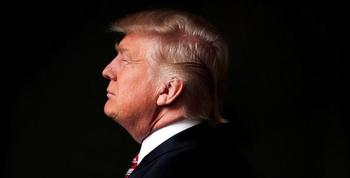 Islam Siddiqui and Suhail Khan, who served in two US administrations under Presidents George W. Bush and Barack Obama, believe that possible win of Donald Trump, the Republican candidate, will pose a threat to the US Muslim community.

The two US Muslim leaders made the remarks in reference to the aggressive statements of Trump against the Muslims and growing discrimination against Muslims in the United States.

Ambassador Siddiqui is the president of the American Muslim Institution (AMI).

He served as chief Agricultural Trade Negotiator for the Obama Administration from 2010-2014. Khan served in the George W. Bush Administration including the White House and the Office of the Secretary of Transportation 2001-2009.

They were quoted by Hill as saying that as with all Americans, Muslims have a big stake in the outcome of the November 8 presidential election.

‘We pay taxes, show up in the capacity of the jury as an obligation, are exposed to discrimination for the Redskins. And yet we too often are identified first by our religious affiliation. We’re anxious, when passing through airport security, whether we’ll be asked by TSA to step aside, or eyeballed by flight attendants and other passengers. If our mothers, wives and daughters wear a hijab, are they at risk of embarrassment or violence? Physical attacks are on the rise, mosques have been vandalized and burned and plots by self-style “crusaders” to kill Muslims have been stopped by authorities.’

He added that Trump insisted with no evidence that he saw thousands of Muslims celebrating in New Jersey after 9/11. Trump has called for a “total and complete shutdown” of Muslims entering the country and the registration of Muslim Americans.

They said American Muslims observe their obligations to do what we can for confidence-building, earn respect and protect our country. We need to be vigilant against extremism and live as citizens proud of being Muslim Americans and ‘one nation under God.” And we can hope that our next president, like the founders and many past leaders from both parties, will help ensure ‘liberty and justice for all.”