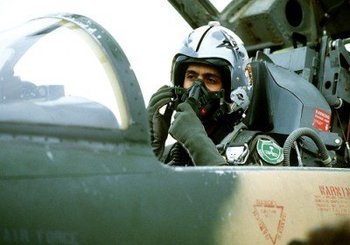 The Saudi Air Force is being trained by the British Government amid accusations that it is carrying out atrocities in neighbouring Yemen, it has emerged.

The Liberal Democrats – who uncovered the instruction being given, in both Saudi Arabia and the UK itself – described the revelation as “shameful”.

Tom Brake, the party’s foreign affairs spokesman, called on the Ministry of Defence (MoD) to end the training immediately and for much stricter controls on arms exports to the oil-rich kingdom.

Defence Secretary Michael Fallon said the Royal Saudi Air Force was helped in order to “improve their targeting processes” – and, therefore, their compliance with international law.

But Mr Brake said: “It is shameful that the UK Government is not only arming Saudi pilots, it is training them as well. The indiscriminate bombing of innocent civilians by Saudi Arabia in Yemen, in clear breach of international humanitarian law, is now well documented. The Government must end its complicity in this murderous campaign.”

The training opens up a new front in criticism of Britain’s close links with Saudi Arabia – with the Saudis currently leading a coalition bombing campaign against Yemenis – at growing humanitarian cost.

Earlier this month, air strikes carried out by the coalition’s air forces killed at least 140 people and injured up to 600 more at a funeral. A report by the Saudi-led coalition’s Joint Incidents Assessment Team (JIAT) admitted responsibility having promised an investigation into the incident, but blamed “wrong information” from allies of the internationally recognised Yemeni government, which it is supporting in the conflict.

“A party affiliated to the Yemeni presidency of the general chief of staff wrongly passed information that there was a gathering of armed Houthi leaders in a known location in Sanaa, and insisted that the location be targeted immediately,” investigators said in a statement at the time.

Saudi Arabia insists the coalition it leads keeps to international laws, with any incidents investigated.

Despite the accusations of alleged war crimes, Theresa May has defended selling arms to Saudi Arabia by insisting close ties “keep people on the streets of Britain safe”.

The Liberal Democrat demanded to know what training and advice had been given by the UK on authorising military operations and the “targeting of aerial operations” over the past year.

Mr Brake said the latest revelation emphasised the urgent need for strict rules to require the Foreign Secretary to sign off personally any arms sales to countries such as Saudi Arabia.

His plan would see all 28 countries on the Foreign Office’s “countries of concern” list – which also includes China and Russia – denied arms without proof there was “no risk they’ll be used in human rights abuses”.

Mr Brake announced plans to bring forward a backbench Bill, hoping to win the support of both Labour and the Scottish National party for the crackdown.