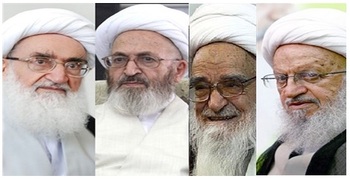 our prestigious Iranian religious jurisprudents banned any aids to be made in production of a controversial movie by Fadak TV Channel.

The Ulema strongly reacted to production of the movie and said any assistance to those behind the production of such a movie was absolutely forbidden in the eyes of Islam.

Some Muslims have asked for the opinions of these religious jurisprudents noting that the TV channel embarked on collecting millions of pounds from Muslims worldwide for production of a movie which according to its boss “is to be made by a number of most remarkable western artists and will focus on that part of the life of Hadrat Fatima which falls after the demise of her father, the Holy Prophet of Islam.”

They also enquired about their religious jurisdictions “regarding massive attempts being made to promote the film and absorb donations for its production.”Ayatollah Makarem said that the messages the movie is going to conduct contradicts those of true Islam and Shiism.