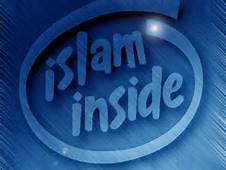 Speaking at a session in Rahyaftegan (converts) Section of the 21st International Holy Quran Exhibition, Oscar, or Mostafa since his conversion, said he studied about Islam for three years before embracing the religion.Mostafa noted that he is the first El Salvadorian to become a Shia Muslim.“At first, I thought Muslims are all one group and sect but after coming across the word ‘Ahl-ul-Bayt (AS)’ in my studies and searching about it I realized that a group of Muslims are Sunnis and another group are followers of the Ahl-ul-Bayt (AS)… After thorough studies I embraced Shia Islam,” he said, in response to a question as to why he decided to become a Shia.Mostafa referred to his meeting with the Supreme Leader of the Islamic Revolution Imam Khamenei and his pilgrimage to the holy city of Mashhad as the most memorable events in his life after converting to Islam.Asked about possible restrictions to promoting Islam in his country, he said that because El Salvador is far from Muslim countries and has close relations with the US, propagating Islam in this Latin American country is not easy.Elsewhere in his remarks, Mostafa underscored his devotion to Hazrat Zahra (SA) and said the great Lady of Islam, is the best role model for Muslim mothers.Located in Central America, El Salvador is the smallest country in the region and borders the Pacific Ocean on the south, and the countries of Guatemala to the west and Honduras to the north and east. Its easternmost region lies on the coast of the Gulf of Fonseca, opposite Nicaragua. The country’s capital city is San Salvador