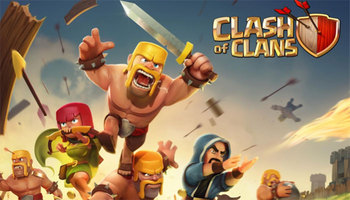 Thousands of dollars spent on Clash of Clans game; Grand Ayatollah Sistani rules on it

The Islamic Supreme Religious Authority, His Eminence Sayyed Ali al-Sistani has ruled on a game called, “Clash of Clans” where it is, nowadays, played and sold its stages for thousands of dollars.

Such a game has been going viral among a large number of the youth where some advanced stages of it have recently been sold for $4000.

His Eminence stated that adult people who play it have to refrain from playing it, otherwise they can consult another Islamic religious authority (scholar) about its ruling; taking into consideration consulting with the most knowledgeable scholar.

Psychiatrists stated that this game causes its players to be addicted to it, and is deemed to be one of the tools of minds’ war due to the repetitive pictures of violence and killings.