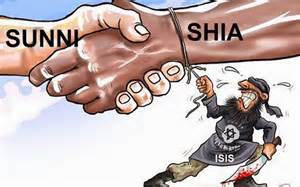 Yusuf ben Alawi and his brave criticism
Yusuf ben Alawi was a brave scholar, who lived in Mecca and had a remarkable study circle of scholars and intellectuals. The Saudi political statesmen held him in great esteem. He passed away recently and a tide of grief and remorse filled the whole region.

He called himself a servant of the sacred knowledge in the Holy City and was a follower of the Maleki creed. He was an offspring of Zahra(‘as), the daughter of Prophet Muhammed (S) and proudly adorned his name with the title Al-Hosna1.
His study circle in Masjid-ul-Haram was one of the most crowded study circles of the Mosque, and he also authored many books on Islamic sciences. He was strictly against the extreme, fanatic Wahhabis and he eventually wrote the book “The Concepts That Need to be Rectified”2 criticising their thoughts and beliefs.
He criticized the most important ideological foundations of this extremist group in a very scholarly and polite manner and relied commonly on the Quranic Verses and the Traditions of the Holy Prophet (S) narrated by the authentic sources of the Sunnis. He drew on books and sources, the authenticity of whose content, even the extremist Wahhabis were not able to deny.
He came on stage on the premise that there existed a series of concepts in the minds of this group that needed to be corrected because they declared Muslims to be infidels and made their lives and wealth permissible, and destroyed the unity of Muslims. Thanks to his endless efforts, he managed to deal with the matter very well.
This book is unique for certain reasons:
1) This book was republished ten times in a period of only ten years. In just one year this book was published four times and it aroused great interest among the people in most Islamic countries, including Saudi Arabia!
2) A great number of prominent scholars of the Sunnah in Egypt, Morocco, Sudan, Bahrain, Pakistan, the Emirates and other countries wrote approving reviews on this book praising his courage in presenting his thoughts in this book, of which 23 reviews covering 70 pages precede his manuscript. This reveals the consensus on its content, and even these reviews themselves make fascinating reading.
3) This book was published in “Dubai” and despite the harsh censorship that the fanatic Salafis imposed on the book market in the Saudi kingdom where they allowed no book criticising their ideas to enter this country, this book was openly being sold in the markets of Mecca from where we purchased it. This shows that the new class of Wahhabis do not support the thoughts of the fanatic Salafis, and regard it necessary to reconsider them.
Reviews On This Book
Here are only three reviews that were written on this book by famous scholars, to show what the Islamic world thinks of the fanatic class of Wahhabis:
1) Dr. Abdul Fattah Barakah, the secretary general of the Assembly of Islamic Discourse writes in his review:
“In this precious book a very great attempt and effort is made on behalf of a conscientious scholar and Islamic intellectual to unify the disarrayed Muslims and remove all signs of fanaticism from minor affairs and individual judgements, in accusing Muslims of polytheism and blasphemy, regarding the issue of intercession, pilgrimage to the Sanctuary of the Holy Prophet (S), and other substantial issues.
It is hoped that this valuable book will help in unifying the Muslims and remove the grounds of dispute.”3
2) Shaikh Ahmad Al-Ewadh, the head of the Assembly of Religious Decree in Sudan writes in his review:
“Fortunately, I was informed of the book written by the honorable intellectual Ben Alawī Mālekī Makkī Hasanī – the servant of knowledge in the Two Holy Shrines – titled The Concepts That Need to be Rectified.
This book speaks of rectifying the fallacious concepts that are related to three affairs:
“The first is the ideological debate where he proves through logical reasoning and justifications that the standards chosen for blasphemy and deviation by a group (of Wahhabis) are corrupt.
The second is the discourse related to the Holy Prophet of Islam (S) and the reality of prophethood.With firm reasons, he has proved the concept of acquiring blessings from the Prophet (S) as correct and its subsequent effects.
The third discussion is related to the intermediary world4, and the legitimacy of the visit to the Shrine of the Prophet (S) and other related issues. This scholar has carefully and successfully rectified misleading thoughts.” 5
3) Abdul-Salām Jobrān, the head of the Regional Scientific Assembly in Morocco, alongwith the members of that Assembly, has jointly written a comprehensive review of this book. A section of that review is as follows:
“When this book was offered to the informed scholars, they all endorsed it and praised the author for fulfilling this obligation before God, the Holy Prophet (S) and the Islamic nation, it being the responsibility of all scholars… Thus the members of the Scientific Assembly of Morocco under the guardianship of the head of that Assembly, after being informed of the book, read it and announced their approval of the entire book, expressed their gratitude to the great author, and congratulated him for undertaking this vital task.” 6
Furthermore, in praising this book, sensational and moving verses were composed by great poets, of which we will touch upon only three couplets.
These three couplets are from the poem that Shaikh Muhammad Salem Adood, the former head of the High Judicial Court in Mauritania and a member of the Jurisprudential Assembly of the Islamic World Association7 composed in Mecca:
Confusing, mistaken and ambiguous
Concepts are clarified by him for us
Deception, absurdity and falsehood take flight
When reasoning pure and evidence delight
How Alawi clears those concepts with ease
No great scholar has done for centuries8″9

According to Mouood, quoting by wikishia: Imam Ali b. Abi Talib (a) ImamʿAlī b. Abī …