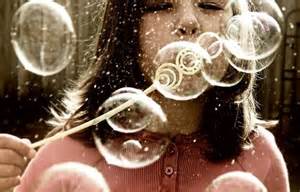 Scenes from the Great Transition

William Anders/NASA
Perhaps the greatest shift since the Great Transition is a new and lasting respect for the complex living web that shares “our planet’s fragile skin,” says the author.
I’ll let you be in my dream if I can be in yours.
—Bob Dylan

Mandela City, 2084
The world today, a century after George Orwell’s nightmare year, stands as living refutation of the apocalyptic premonitions that once haunted dreams of the future. This dispatch from our awakened future surveys the contemporary moment, scenes in the unfolding drama we call the Great Transition.
What Matters
The whole edifice of contemporary civilization rises on a foundation of compelling human values. The prevailing pretransition ethos—consumerism, individualism, and anthropocentrism—has given way to another triad: quality of life, human solidarity, and ecocentrism. These values spring from a sense of, a yearning for, wholeness at all levels: self, species, and biosphere. They are manifestations in the human heart of the interdependence of the world, the defining feature of the present historical era, the Planetary Phase of Civilization.
It has become clear that enhancing the quality of people’s lives, not expanding the quantity of their possessions, is the only valid goal of development. The principle of material sufficiency, now widely held, has roots in the early decades of the transition, a time of turbulence and conflict that spawned a search for more meaningful and satisfying ways of living than the work-and-buy treadmill offered. Today, people may be as ambitious as ever, but fulfillment has displaced wealth as the primary measure of success and source of well-being.
The second pillar of the contemporary Zeitgeist—human solidarity—affirms a strong connection felt for strangers in distant places and descendants in a distant future. This capacious camaraderie draws on wellsprings of empathy in the human psyche, the Golden Rule that threads through the great religious traditions. By mingling the destinies of all, the Planetary Phase has stretched esprit de corps across space and time to embrace the whole human family of today and tomorrow.
Perhaps most profoundly, affirming humanity’s place in the web of life, this sense of connectedness extends beyond our own species to our fellow creatures who share our planet’s fragile skin. The lesson was hard won, and much has been lost, but at last our highly evolved ecological sensibility has consigned the predatory motive of the past—the domination of nature—to the dustbin of history. Indeed, people today, understanding any compromise to ecological integrity as both morally wrong and foolishly self-destructive, are mystified by past indifference to the natural world. Our relationship to Earth is guided by humility in the face of our dependence on her bounty and by reverence for the exhilarating wonder of existence.
One World, Many Places
Buoyed by this enlarged sense of place, globalism has become as deep-rooted as nationalism once was, perhaps more so. After all, gazing back from space, we behold an integral blue planet, not the imaginary boundaries of political states. Philosophers and prophets have long envisioned a ring of community encircling the entire human family. But the cosmopolitan dream of One World had to await an unsentimental partner: mutual self-interest. The emergence of an interdependent world confronting common risks aligned subjective aspirations and objective imperatives. Idealistic and pragmatic concerns—the “pull of hope” and the “push of fear”—combined to forge the global citizen.
Thus, it has become axiomatic, self-evident to the average global citizen today, that the globe is the natural political unit for managing our interdependent affairs—not only sustaining the biosphere and keeping the peace, but cultivating an organic planetary civilization. Our thriving world culture and demos, for all its tensions and disputes, is perhaps the highest achievement to date of the Great Transition. The old skeptics, who could not see beyond nationalism, were myopic; the visionaries and activists who felt the stirring of a new consciousness and polity had the perspicacity to see the potential latent in the Planetary Phase.
Still, our enthusiasm for One World has been balanced by an equal commitment to Many Places. A century ago, it was common to speak of a unitary project of “modernity,” a process of convergent development that would replicate the institutions and norms of industrial societies everywhere. Instead, the transition has demonstrated in the crucible of history the counterproposition of many oppositional thinkers that plural paths to modernity were possible. Today, modern ideals—equality, tolerance, rule of law, and universal rights—find myriad expression across our landscape of distinct places.

Sérgio Bernardino (via Flickr)
Our relationship to earth in 2084 is no longer one of predatory domination, but instead of deep reverence and awe for the exhilarating wonder of existence.
Thus, the fabric of planetary society is woven with hundreds of regions of astonishing diversity of character and size. Some took shape around old national boundaries or metropolitan centers; some followed the perimeters of river basins and other bioregions. Some are small and rather homogenous, while the larger ones are complex structures with sundry internal areas. The formation of regions was not without conflict, and tensions remain. However, aided by our highly effective negotiations bodies and adjudications of the world court, our regional structure has largely stabilized.
The different regions can be clustered into three broad types, often referred to as Agoria, Ecodemia, and Arcadia. The whimsical names draw on Greek roots to evoke the classical ideal of a political community—active citizens, shared purpose, and just social relations. In Athens, the agora served as both marketplace and center of political life; the neologism ecodemia combines the word roots of economy and democracy; arcadia was the bucolic paradise of Greek myth. Thus, commerce figures prominently in Agoria; economic democracy is a priority in Ecodemia; and local community and simple lifestyles are particularly significant in Arcadia.
Agoria’s more conventional lifestyle and institutions would make it most recognizable to a visitor from the past. Ecodemia’s collectivist ethos and socialized political economy depart most from classical capitalism. Arcadia’s self-reliant economies and face-to-face democracy (at least in cyberspace) have antecedents in small-is-beautiful localism, long a strong current in environmental subcultures.
Some argue that these regional forms are direct descendants of the three great “isms” of the past: capitalism, socialism, and anarchism. This claim does have a degree of validity: Agoria’s free-market emphasis gives it a capitalist orientation (“Sweden Supreme” according to one recent critic); Ecodemia’s insistence on the primacy of social ownership was the foundation of socialism; and Arcadia’s stress on small-scale, local effort was the essence of the humanistic anarchist tradition.

Pages: 1 2
Share
Previous WHO says nearly 4,000 killed in Yemen since late March
Next Promoting the Holy Prophet’s (SAWA) lessons: The only way to restore Islamic pride