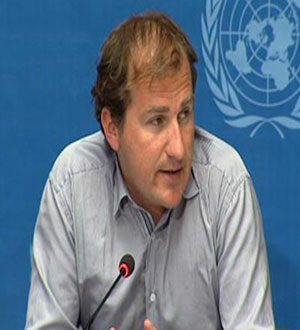 WHO says nearly 4,000 killed in Yemen since late March

The World Health Organization (WHO) says nearly 4,000 people have been killed in Yemen since Saudi Arabia launched its airstrikes against the country in late March.
On Tuesday, the WHO spokesman Tarik Jasarevic said that 1,859 civilians had lost their lives among the total of 3,984 people who had been killed in Yemen until July 19.
The UN official also said that some 19,300 people, including 4,200 civilians, had been injured during the time period.

Earlier in the day, Human Rights Watch slammed Riyadh for “committing an apparent war crime” against the Yemeni nation, after it repeatedly attacked a compound housing families of workers at the Mokha Steam Power Plant. Saudi Arabia has resumed bombing targets in Yemen despite a five-day ceasefire declared by Riyadh on July 26.
Riyadh has been accused of using cluster bombs in the Harad region of Yemen’s northwestern province of Hajjah.
On March 26, Saudi Arabia began its military aggression against Yemen – without a UN mandate – in a bid to undermine the Houthi Ansarullah movement and to restore power to the fugitive former Yemeni president, Abd Rabbuh Mansour Hadi, a key ally of Riyadh.