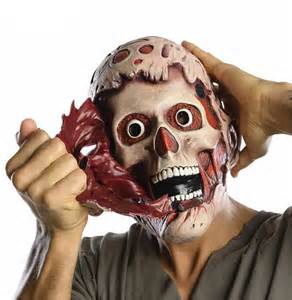 Why Online Comments Are So Toxic

Online anonymity creates a sense of a culture without consequences.
In the year that I wrote for a blog about Brooklyn real estate, I was regularlyplagued by “trolls” — online commenters who write inflammatory or derisive thingsin public forums, hoping to provoke an emotional response. These commenterscalled me, and one another, everything from stupid to racist, or sometimes stupidracists. And that was just when I posted the menu of a new café.

The most infamous and offensive of these commenters was a man (we assumed)who called himself “The What.” His remarks ranged from insults to threats. “I know where you live and I’m coming for you and your family,” heonce wrote. The intrigue around The What’s identity warranted a cover story inNew York magazine. What kind of person would spend so much time, and so muchenergy, engaging in virtual hate?
The consensus among sociologists and psychologists who study online behavior isthat all kinds of people can become trolls — not just the unwound, the immature orthe irate. See your perfectly pleasant work neighbor, furiously typing next to you?He might be trolling an Internet site right now.
“Most people who troll are people who are just like you and me, but just a bitmore intense,” says Olivier Morin, a cultural anthropologist who has written abouttrolling.
One Web site breaks trolls into categories: the hater, the moral crusader, thedebunker, the defender. But trolls might not retain those qualities in real life. It’sjust that the Internet’s anonymity makes it impossible for them to resist spewingvitriol from the protective cave of cyberspace. Psychologists call it the “disinhibitioneffect,” in which “the frequency of self-interested unethical behavior increasesamong anonymous people.” Non-academics refer to it as “John Gabriel’s GreaterInternet Fuckwad Theory”: the combination of anonymity and an audience bringsout the absolute worst in people.
“Social psychologists have known for decades that, if we reduce our sense of ourown identity — a process called deindividuation — we are less likely to stick to socialnorms,” wrote Michael Marshall in New Scientist. “The same thing happens withonline communication… Psychologically, we are ‘distant’ from the person we’retalking to and less focused on our own identity. As a result we’re more prone toaggressive behavior.”
Online disinhibition ranges from benign — oversharing of personal information — totoxic, virtual hit-and-runs in which you call writers stupid racists, or in which youwrite, in response to the shootings in Colorado: “What kind of idiot parent bringstheir 3-month-old to a midnight movie. Morans.” Hey, no one ever said you had to bea good speller to be mean.
Only a psychotic person, incapable of empathy, or someone perpetually engulfedby rage, would say such things in public. But people feel alone when they’re typingon a computer, even if they’re in a public “place,” — a chat room, on Facebook orwithin the comments section of an article. MIT professor Sherry Turkle calls this”being alone together”; the Internet causes “emotional dislocation,” so we forgetabout the together part.
Anonymous, unethical behavior started way before the Internet, of course: Platowrote of the ring of Gyges, which bestowed the gift/curse of invisibility, leading mento thieve. Who wouldn’t swipe stuff if he knew he couldn’t get caught? Well, saidPlato: no one.
But we’re not talking about thieving anymore. We’re talking about cyber bullyingthat leads to teen suicides, and trolls that leave photographs of nooses ontribute pages to those dead teens. “Trolling normalizes abuse, and that’s what’sfrightening,” says Morin.
Online anonymity creates a sense of a culture without consequences. Think ofthat tween who posted a video on YouTube of his own abuse of a 68-year-old busmonitor. The Internet limitlessly expands the possibilities for unkindness andwaywardness and misbehavior (and, yeah, for community-building, too — Internetusers raised $700,000 for that bus monitor, and now she’s retiring). Lots of folkswho would never step foot in a whorehouse happily watch Internet porn.
Anonymous comments once embodied the promise of the Internet, the supposeddemocracy of the place, and their defenders say that privacy is what we must prizethe most. But I’m not sure donning an alternate identity, hiding behind a screen,is the same thing as privacy. There is a movement to eradicate, or at least reduce,anonymous commenting, in the hopes that it will seal up this space between ourlives online and off. Many sites require readers to log in through social media tocomment, so that they are, in theory, linked to their real-life selves.
Personally, I resist such cross log-ins. I’m not much of a commenter myself, savefor when the New York Times covered the controversy at my local food co-op overwhether or not to carry six Israeli-made products. And all I said was: Why is thisstory in the New York Times? (It turns out that a disproportionate number of NewYork Times employees shop there, and thus were under the mistaken impressionthat this constituted news.) But I don’t necessarily want all my Facebook friends toread that comment — that was, I hoped, for the Times’ editorial staff.
One of the strangest things about the commenters from that Brooklyn blog was thatmany of them had in-person relationships. They held regular meetups in local bars,attaching a face, if not their real names, to their screen personas. And for a few daysafter these gatherings, the comments would be less vitriolic, as if the civility of theevening leaked onto the virtual pages of our site.
Did The What ever attend, skulk in the background and sip brandy while watchingthe blog devotees socialize? He could have been anyone, of any race or either sex.But he never attached a face to his online name.
Perhaps, like a lot of people, The What simply wanted to articulate his worldview.You can’t ask why trolls do what they do without asking why people argue ingeneral, and people do that, says Morin, because they want to assert their ownrectitude. “They really want to be right, and prove a point,” says Morin. “And themagic of the Internet does the rest.”
Lisa Selin Davis is a freelance writer in Brooklyn, NY.

Share
Previous The History of Knowledge : Darkness in the Academy2
Next Cameroon deploys 2,000 extra troops to confront Boko Haram