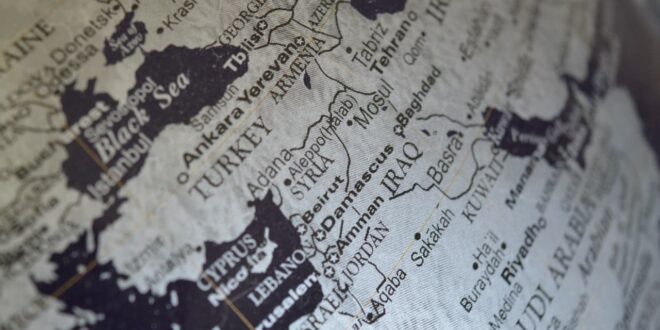 Articles: The Middle East Institute has published a detailed report that deals with the main events and trends in 2021. The Institute of Tabyeen has also published this report, which is as follows:

1. The transition period in the United States by changing the view in the Middle East

The Biden administration has taken a more moderate approach to the Middle East than the Trump administration, prioritizing diplomacy in its rhetoric and actions, stressing that it is returning to the basics of avoiding a presence in the region and for a policy-making process. It will strive to be more stable and predictable than its predecessor in the Middle East

After dozens of confrontations and threats of war, the GCC countries, especially Saudi Arabia and the UAE, in 2021 reaffirmed their desire to manage rather than resolve regional conflicts through dialogue. The siege of Qatar began and culminated with the start of talks with Iran.

3. Civil wars in the Middle East

The civil war in the Middle East, while a sign of the failure of governments to establish legitimacy and inclusive governance, is a regional symbol of disintegration and defeat. Despite the reduction of civil war in terms of violence and deadly degrees in 2021, these conflicts have involved the Middle East in regional unrest for most of the year. It is an issue that will most likely be transferred to 2022.

4. Consolidation of power in Iran by extremists

In Iran, Ebrahim Ra’isi finally came to the presidency, and thus all the pillars of power fell into the hands of extremists in Iran.

5. The end of the 20-year war in Afghanistan

The 20-year war in Afghanistan, the longest US war, finally ended in 2021. On August 15, Taliban fighters occupied Kabul shortly after Ashraf Ghani escaped.

In the last May’s war in Gaza, 256 Palestinians and 12 Israelis were killed. It was the deadliest outbreak of violence in nearly seven years. The war began with incidents and clashes in the Sheikh Jarrah neighborhood of Jerusalem. It came just four months after the new US administration took office and eventually led to Netanyahu ousting him.

7. Formation of a new government in Israel

Finally, after four elections in the Zionist regime, the Coalition Government came to power. Netanyahu resigned as prime minister after 12 years and was replaced by Naftali Bennett, the leader of the right-wing Yamina party.

This year, countries in the Middle East, such as the UAE and Saudi Arabia, have pledged to reduce greenhouse gas emissions to zero by providing visions for 2050 and 2040. Oil and gas producers also made it clear that their products are still important to the world and that oil disruption has dangerous consequences globally.

This year the global consequences of current climate change have been severe in the Middle East. For a region currently prone to hot and dry conditions, the set of effects of climate change is potentially a sign of a new climate regime pack that will continue to pose even vaster environmental challenges.

Whether observers are willing to accept it or not, techno-politics is the new geopolitics. The rise of the Israeli company N50 and growing international protests this year over its Pegasus product illustrated that; the Middle East may be the place to test it for the first time.

As we can see in this report, the Middle East Institute think tank has written about ten main events. Although this report is prepared with the radical view of such think tanks, it contains valuable points that the victory of the Resistance Front and the Resistance discourse can be seen without them wanting to.

In the transitional events in the United States, we see a change in perspective for the Middle East, suggesting that the government must tolerate what is happening in West Asia.

The report insists on new regional diplomacy based on dialogue instead of ending in war.

The report points out that the civil wars in the Middle East are reduced. Thus, the Civil Wars will continue to decrease by a certain amount in 2022.  too.  However, in some places in 2022 and 2023, we will see such conflicts.

In the fifth event, it refers to the defeat of the United States in the longest war it has had and failed to achieve its goals, and just narrated this case without further explanation.

In the sixth event, it mentions the Gaza war, which again indicates the great strategic defeat of Israel in occupied Palestine.

In the seventh event of the formation of a new government in Israel, it points out that it is again a story of the defeat of the American allies and their inability to form a government.

The ninth event refers to climate change in the Middle East.

Share
Previous Arab Normalization and the Palestinian Struggle for Liberation
Next sexual relations with children! 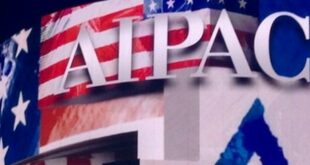