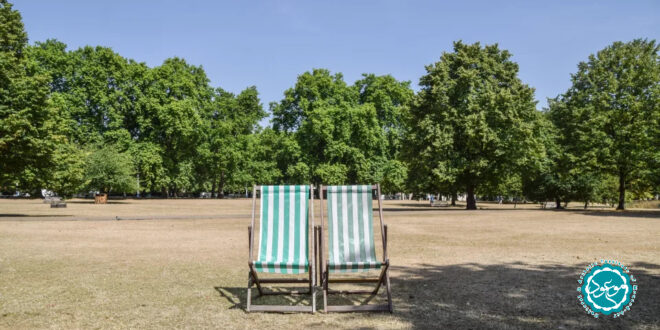 According to Mouood, quoting by Yahoo:

A hypothetical weather forecast for the year 2050, after decades of climate change has almost become real this week in the UK heatwave – 30 years early.

In the summer of 2020, the Met Office created imagined weather forecasts for the year 2050, based on climate projections – and they look eerily similar to this week’s UK heatwave.

Climate scientist Dr Simon Lee, of Columbia University, said on Twitter: “In 2020, the Met Office, produced a hypothetical weather forecast for 23 July 2050 based on UK climate projections. Today, the forecast for Tuesday is shockingly almost identical for large parts of the country.
“Huge credit to all the climate scientists & meteorologists who never give up doing such an amazing public comms effort on such a serious issue. It can be hard to stay positive knowing both the gravity of the situation and seeing how people are still denying reality.”

The Met Office said that the projected figures showed what Britain “can expect to experience by summer 2050 under a high emissions scenario – showing that “some physical changes in the climate we can expect and how they might impact business and industry”.

Dr Lee also spoke out about climate-change deniers who compared this summer’s UK heatwave with the 1976 heatwave in the UK. 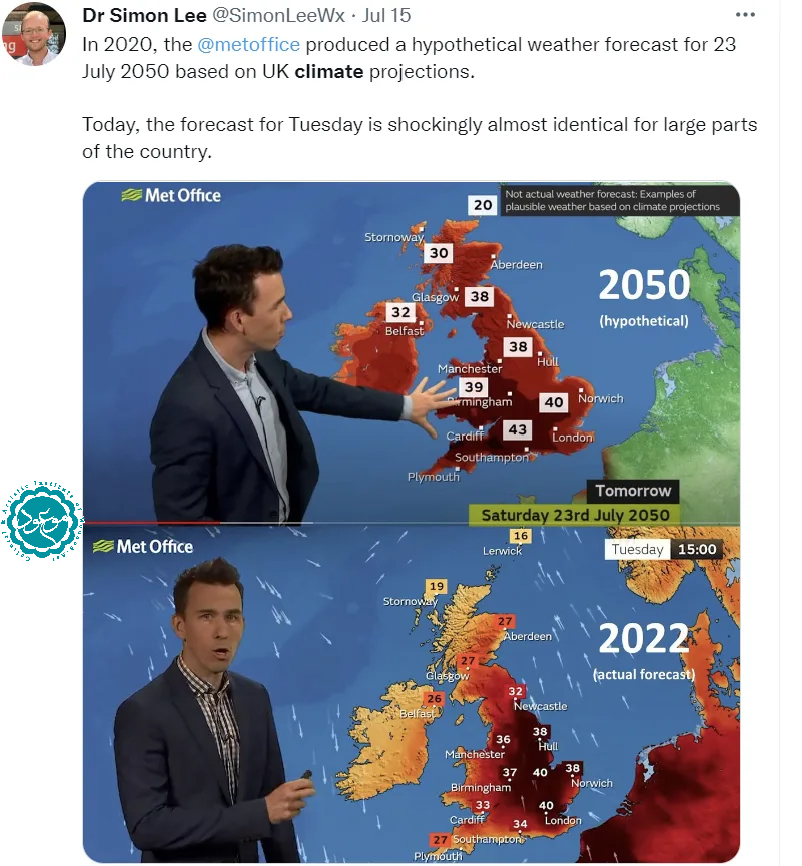 Dr Lee said: “The big difference between the heatwaves of 1976 and 2018. June 1976: the UK was one of the warmest places relative to normal across the globe, with most areas cooler than average.

“June 2018: the UK was just another warm blob in a mostly warmer than normal world.”
Met Office staff have said that recent UK heatwaves have been made far more likely by climate change.

Dr Mark McCarthy, who looks after UK climate records at the Met Office, has said that temperatures in England are getting warmer, and in some areas of England the rise is up to 1C.

“A scientific study by the Met Office into the summer 2018 heatwave in the UK showed that it was 30 times more likely to occur now than in 1750 because of the higher concentration of carbon dioxide in the atmosphere,” he added.

“As greenhouse gas concentrations increase, heatwaves of similar intensity are projected to become even more frequent, perhaps occurring as regularly as every other year.”

Our warming climate meant that last year’s summer heatwave was 30 times more likely – and by mid-century, such summers could happen about 50% of the time.

The study, based on computer models, found that CO2 in the atmosphere is behind the rising temperatures, according to Met Office scientists. 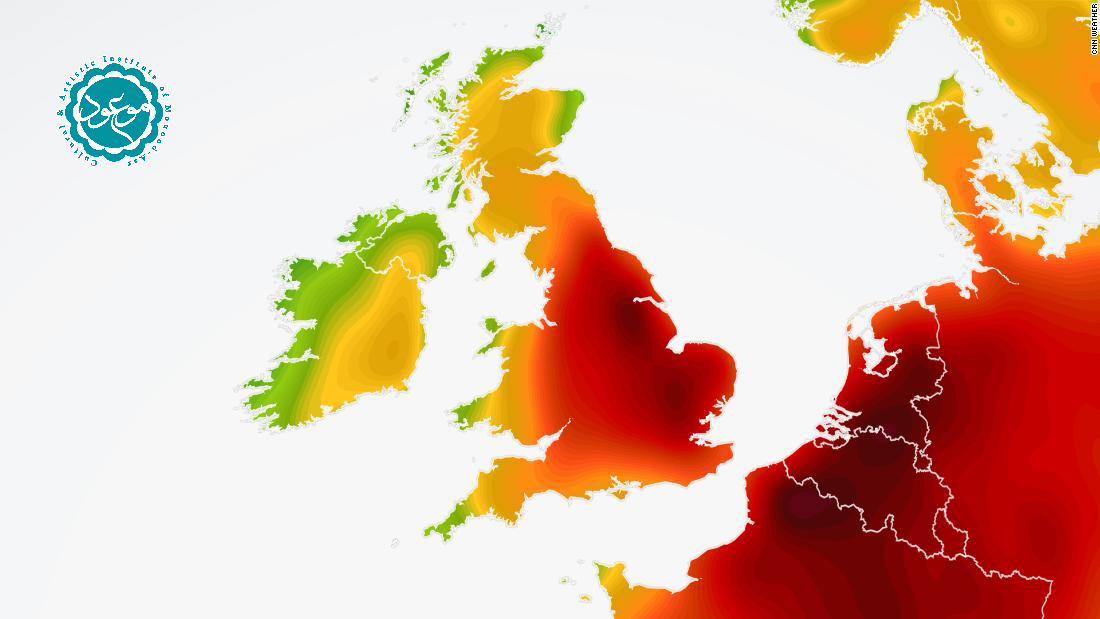 In 2018, Met Office scientist Dr Nikolaos Christidis, who was involved in the study, said: “Our models show that there is now about a 12% chance of summer average temperatures being as high as the UK experienced in summer 2018. This compares with a less than half per cent chance we’d expect in a natural climate.” 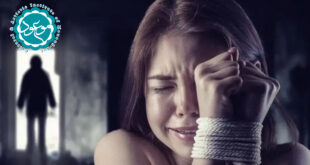 According to Mouood, quoting by dr John Degermo: The Exploding Reality of Child Sex Trafficking …