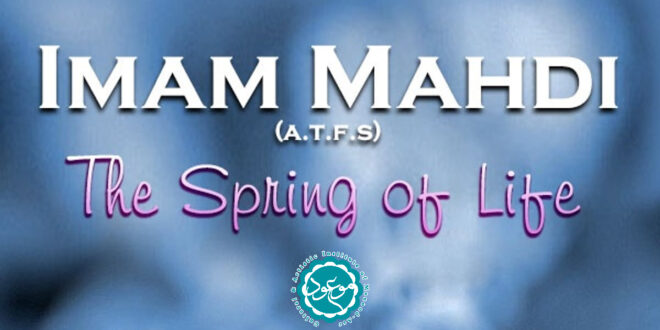 “What Remains with Allah is better for you if you are believers (11:86)”

His honorable father is Imam Hassan Al-Askari (as), and his modest mother was the daughter of Caesar’s son, Joshua, and from the generation of Samoan one of Jesus’ apostles. She was so preferable that Imam Hassan’s daughter called her “The mistress of herself and her family”. Hakimah was herself one of the noble ladies in her time, but she called herself “Nargis’s servant”.

Belief in the Mahdi (Mahdawiah) in the Qur’an and Narration

As a promise it is mentioned frankly in the Holy Qur’an :

“And certainly we wrote in the book after the reminder that (as for) the land, My righteous servants shall inherit the earth”. (Chap 21:105)

Islam will become an international religion and other religions will disappear. Also in the Holy Quran it is written that one of the relics of His Holy existence is above point:

“It is he Who sent His Apostle with the guidance and the true religion, that he may make it overcome all of the religions, though the polytheists may be reluctant” (61:9)

It means that He sent this religion with His Messenger Muhammad (SAW) in order to overcome all other religions and eventually all the people obey it . The Prophet (SAW) said:

“Allah will send one of my family to overcome injustice and cruelty through justice, even if only one day of this world is left” (Ahmad Hanbal , vol -1 p.99).

Another narration from the Prophet (SAW) says: “Resurrection will not happen until a man from our household will govern the world whose name is as mine.” (A.Hanbal Vol 1 pp. 376, 430).

Imam Ali (as) says: “In fact the world is never deprived of a Hujjah (Imam), either obvious and known hujjah, or a hujjah who is hidden from the people’s eyes.

Waiting for a Savior in other Religions

In addition to the Muslims especially the Shia, followers of other religions like Jews, Christians, Zoroastrians, and Hindus expect someone to come and bring peace and justice to the world.

In the book “Dead” which is a divine book for Hindus, it is written: “In the end of the world, after corruption of the world, a leader will appear who is called Mansoor. He will master all the world, he will know everyone whether a believer or an unbeliever, and whatever he asks, God will offer him”. (Beshatrat Ahdin, p.245).

In addition, in the book “Yamaseb” by Zoroaster’s student it is written: “From Arabs ground , Hashim’s sons, a man with a big head, big body and big feet comes out, and continues his grandfather’s religion with a large army, goes to Iran and constructs the earth and fills the earth with justice”. (Beshatrat Ahdin, p.258).

And in the Old Testament the book of Genesis 18:20 “And as for Ishmael, I have heard thee; Behold, I have blessed him and will make him fruitful and I will multiply him exceedingly, Twelve Princes shall he beget and I will make him a great nation”

And in David’s Mazamir (Zaboor) it is written: ” …and God will approve the pious men who will become owners of the earth and will settle in it for ever” (Mazmour 37, 10-37).

And in the Holy Qur’an it is mentioned:

“And certainly we wrote in the book after the reminder that (as for) the land, My righteous servants shall inherit the earth”. (Chap 21:105),

Expectation and waiting for Imam Mahdi(as) has a longer history than Islam. It does not only relate to a specific race, region, or religion.

Also in the Holy Qur’an it is said:

and that he will most certainly, after their fear, give them security in exchange; they shall serve me, not associating aught with me, and whoever is ungrateful after this, these it is who are the transgressors” (24:55)

and also in the Holy Qur’an:

The above two verses are examples to prove that at last, persons with great merit will govern the world and lead the people. From the Holy Qur’an two items are derived:

1. The final objective of the prophets is two matters: Monotheism and Justice. The first is about the relationship between man and his lord, and the second is about interrelationship among people.

2. Justice is not a desire, a mere wish or a daydream, but a reality which the world moves towards it. It is God’s tradition that he will govern the world in full justice.

There will come a day in which no cruelty, no injustice, no hostility, no killing, no oppression, no lies, and no corruption will exist in the world. It means that after a period of corruption and ignorance finally the world will be filled with equity and justice. And the reason for not collapsing or destroying the world in future is the expectance of The Mahdi (as) in coming and making man to live a happy life. A period in which only peace, humanity and morality will govern the world.

The Prophet of Islam (SAW) calls that day, the day of light and human dignity .He said :
“Hazrat Al Mahdi (as) will come in a situation that diversity and degradation among the people is so high that the world will be ruined. He will come and preserve humanity from damage and corruption. Then God will enrich peoples hearts with faith and love”

So Al Mahdi (as) is not a thought of mere sitting and waiting, not a future telling, but he is a true reality, a special personality who himself expects his appearance. He lives among the people, watches us and we watch for him, he is with our sufferings and desires, and he shares our happiness and our oppressions. His divine life is planned this way, not to make himself appear and wait with other people for the promised time.

Therefore, expectation for the factual savior of the world does not mean to sit silent. Especially in the case of obligations of the religion, i.e., “Jehad” – Holy War in order to set God’s laws we cannot deprive ourselves from the responsibilities , anyway the Muslim’s job is to distinguish the right path from the wrong, especially in calling the people to:

“Enjoining the good deeds and prohibiting the evil”.

Imam Mahdi provides us with guidance even though he is in Ghaybat, (hiding)…

Expectation does not deprive man from any of his responsibilities and does not delay any of his actions , as it is mentioned in the following narration:

Like wise it is mentioned in the narration’s that Jesus the Son of Mary (as) will also reappear after the advent of Al Mahdi (as), he will pray behind the Imam and assist him in his task. 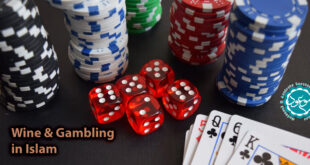 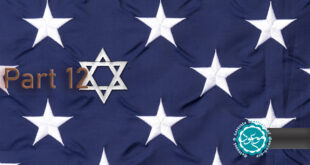 According to Mouood, quoting by pewresearch 12. People of Jewish background and Jewish affinity In …