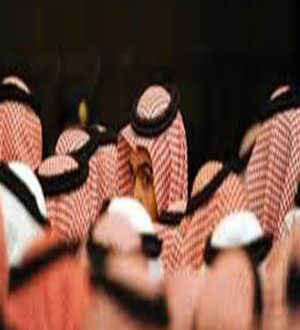 For the Saudis nothing is sacred. They have not only wiped out 98 percent of all Islamic heritage sites, the latest casualties were the columns that marked the Prophet’s (pbuh) nightly journey from Makkah to al-Quds and onward to miraj. Now the house where the Prophet (pbuh) was born, is slated for demolition. In its place, a larger palace for the king would be built!
With the Hajj season over and almost all the pilgrims gone, bulldozers have revved up their engine to start the demolition work in Makkah where they had stopped before the Hajj started.

This is no ordinary construction work. The $21 billion project is ostensibly designed to expand space for the pilgrims but in the process, the entire history of Islam and its important monuments are being wiped out.
It shows the Saudis do not care for Islamic history or important heritage sites. The latest casualties earlier this month were the columns that marked the Prophet’s (pbuh) nightly journey from Makkah to al-Quds (Jerusalem) and hence his upward journey on the miraj.
Like thieves, the dozers work at night. In the morning when people come to pray in Masjid al Haram, the most sacred mosque in Islam, another Islamic monument, or several have been wiped out.
The Abbasid and Ottoman era columns with Quranic calligraphy inscribed on them or the names of the companions of the Prophet (pbuh) are being torn down.
According to the UK-based Islamic Heritage Research Foundation, more than 98 percent of the Kingdom’s historical and religious sites have been destroyed since 1985.
And what has replaced them? The most vulgar is the huge Makkah Clock Tower that stands 58 floors above the Kaaba. It is lighted with colored lights at night as if some kind of a casino.
The sanctity of Makkah with the simple cube structure of the Kaaba has been violently assaulted by the most vulgar type of western architecture, all in the name of expansion.
Is there only one way to provide more space: demolish all that is sacred so that 1400 years of Islamic history is wiped out?
The house where the Prophet (pbuh) was born is slated for demolition. The site was saved earlier through the pleas of the people of Makkah who asked that it be turned into a library.
This time around, it will not survive the bulldozer’s massive blade. The king’s palace is being built there and the house falls under the expansion scheme.
The palace will be five times larger than the king’s current palace. With one foot in the grave king Abdullah does not live in Makkah; he has plenty of palaces in Riyadh as well as Jeddah barely an hour’s drive away.
But no, his “royal highness” must stay, even if it is for one day, in Makkah in a palace towering over the Kaaba and for that if the Prophet’s (pbuh) house has to be demolished, so be it.
There is already a huge billboard outside the house warning people that if they think praying there will bring them blessings, they are guilty of shirk (associating partners with Allah)!
On the spot where the house of the first Khalifah Abu Bakr Siddiq (ra) stood, there is now the Hilton Hotel. Even greater indignity has been heaped upon the house of Khadijah (ra), the Prophet’s (pbuh) first wife. It has been turned into a public toilet.
While the Saudis are busy demolishing everything to do with Prophetic history or early Islamic history, they have carefully preserved all relics of Abdulaziz ibn Saud, the founder of the Saudi dynasty.
It is as if they are telling the Muslim world they do not care for Islam, the Prophet (pbuh) or Islamic history; the only thing that matters to them is Saudi history.
Unfortunately, there has been little or no concern expressed by Muslim governments against such Saudi vandalism.
Even if Muslim governments are silent, there is no reason for the global Islamic movement or the Muslim masses that care about their history to remain silent on such a vital issue.