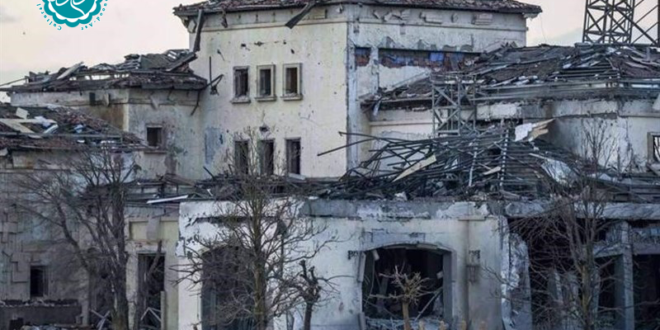 TEHRAN (Tasnim) – The spokesman for Iran’s Islamic Revolution Guards Corps (IRGC) stressed that Iraqi Kurdistan region should dismantle Israeli bases in the region or the elite military force will not hesitate to strike them once again.
“It is our natural right to destroy any base from which any attack is carried out against the security of Iran,” the Brigadier General Ramezan Sharif told Yemen’s Arabic-language al-Masirah television network on Thursday, while calling it Iran’s red line.

Sharif also indicated that Iran’s ambassador in Iraq, Iraj Masjedi, had on multiple occasions warned the Iraqi Kurdistan region about the presence of the Mossad base, which was recently attacked by the IRGC, as well as two other such bases.

“If Iraqi officials do not take action to remove other bases of Zionists in this country while our security continues to be threatened from this region, we will respond without hesitation,” the IRGC’s spokesman added.

A dozen ballistic missiles were fired at a secret Mossad outpost on Masif-Saladin Street in Erbil, Iraq’s semi-autonomous Kurdistan region, in the early hours of Sunday.

The IRGC claimed responsibility for the attack, which killed and injured numerous Israeli operatives.

“Zionists had admitted themselves that their drones, which flew over a [military] base in [Iran’s] Kermanshah [province] had taken off from their bases in Erbil [capital city of the Iraqi Kurdistan region],” the IRGC official said.

In a letter to the UN secretary-general and the head of the Security Council, Iran’s permanent mission stated that Tehran “reserves its inherent right to self-defense, under Article 51 of the United Nations Charter, to respond to such illegal act whenever it deems appropriate.”

Separately, the first deputy speaker of the Iraqi parliament said on Thursday that Baghdad will not accept any foreign country to use Iraqi soil to threaten the Arab country’s neighbors.

“We will not accept any intelligence agency or a foreign country working in Iraq to threaten neighboring countries,” Hakim Al-Zamili warned.

The attack on the Mossad base has also been hailed for having occurred at a “symbolic hour,” referring to the time the US assassinated Iran’s top anti-terror commander, Lieutenant General Qassem Soleimani, and the deputy chief of the Iraqi Popular Mobilization Units (PMU), Abu Mahdi al-Muhandis, in early January 2020.

Soleimani’s successor, Brigadier General Esmail Qa’ani, lauded the “decisive” strike against the Israeli base, saying the operation carried a lesson for the Israeli regime.

The criminal Israeli rulers are “now so disgraced that they sleep in fear at nights, worried that they wake up to losing parts of the occupied territories,” said Qa’ani, the commander of the IRGC’s Quds Force.

Share
Previous Occupation of Palestine Root Cause of Insecurity in West Asia: Iranian Spokesman
Next Ukraine war exposes cracks in US ties to Middle East allies