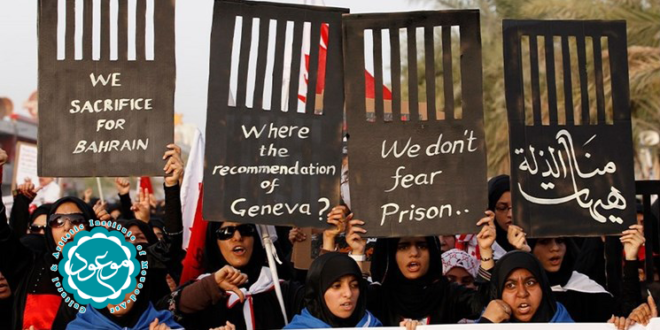 TEHRAN (FNA)- An independent human rights group warned of rampant discriminatory practices and violations of women’s rights in Bahrain, stating that there are no guarantees for women in the Persian Gulf kingdom to enjoy equal civil, cultural, economic and social rights.

Americans for Democracy and Human Rights in Bahrain (ADHRB) said in a report entitled “Women’s rights in Bahrain… Postponed dreams” that the so-called Supreme Council for Women has failed to bring about urgent reforms, and gender discrimination can also be observed with regards to nationality laws, press tv reported.

It argued that many Bahraini mothers cannot obtain citizenship for their children, rendering their children stateless and denied of basic rights as a result.

Additionally, gender wage gap persists both in public and private sector companies, and women face many limitations in terms of political activism.

ADHRB highlighted that such violations of women’s rights take place despite the fact that Bahrain is a signatory to a number of agreements to protect women’s rights, in particular the Convention on the Elimination of All Forms of Discrimination against Women (CEDAW), the Universal Declaration on the Elimination of Violence against Women, and the Beijing Declaration and Platform for Action.

The rights group went on to point to various forms of discrimination against women under the Bahraini Nationality Law of September 16, 1963, the Penal Code, and Labor Code, and underscored that the Supreme Council for Women seeks to cover up violations.

In April 2021, Tafawuq Consulting Center to Support Women’s Issues published a study on domestic violence against women in Bahrain.

The study was divided into 3 types of violence against women: physical, psychological, and economic.

It found that 150 women out of 294 were subjected to physical violence, which equaled to 49% of the total sample population.

Bahrain’s most prominent cleric Ayatollah Sheikh Isa Qassim said in April last year that drawing up a new constitution was the only way out of the political crisis in the protest-hit tiny Persian Gulf country, urging the regime in Manama to pursue an agreement with the Bahraini opposition instead of increasingly suppressing dissent.

Demonstrations have been held in Bahrain on a regular basis ever since a popular uprising began in mid-February 2011.

The participants demand that the Al Khalifah regime relinquish power and allow a just system representing all Bahrainis to be established.

Manama, however, has gone to great lengths to clamp down on any sign of dissent.

On March 5, 2017, Bahrain’s parliament approved the trial of civilians at military tribunals in a measure blasted by human rights campaigners as being tantamount to the imposition of an undeclared martial law countrywide.