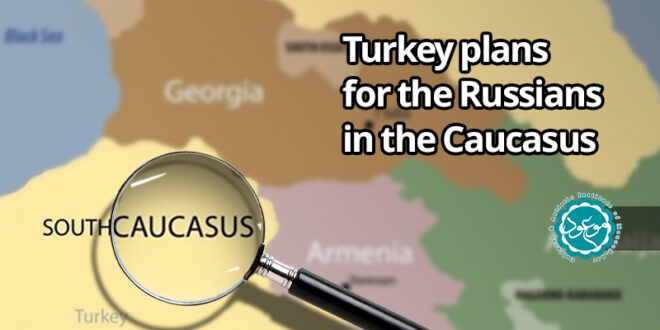 Political: Russia has traditionally played a very important role in the Caucasus region, and this role can be influenced by Turkey’s efforts to bring about geopolitical change in the region.

What plans does Turkey have for the Russians in the Caucasus?

Fars News Agency International Group – Mehdi Poursafa: In any situation and period of the Caucasus development, the role of Russia is not negligible. The Caucasus is undoubtedly one of the main areas of Russian national security. Ever since the Nagorno-Karabakh conflict began, even before the official collapse of the Soviet Union, both the Republics of Azerbaijan and Armenia sought the support of Russia in this conflict.

In contrast, Russia’s priority has often been to prevent the regional Western and American influence, especially in the Caspian Sea and the Caucasus. Almost in the first decade of the 21st century, the Americans made great efforts to be present in the Caspian region under the pretext of securing this region.

New moves by Ankara and Baku to disrupt the geopolitical order in the region could, to some extent, turn the tide to the detriment of the Russians; however, it seems that Russia is currently assessing the situation. What is Russia’s ultimate goal concerning Turkey?

The Russians have made great efforts over the years to keep Turkey as far away from the Western front as possible. S-400 missile defense system sale to Turkey was part of this strategy. This system has repeatedly threatened the United States with sanctions against Turkey and led to Ankara’s complete expulsion from its important F-35 program. The program that Turkey hoped would help rebuild its air force.

Meanwhile, the Russians continue to show interest in selling newer military equipment to Turkey. However, the Russians cannot forget that Turkey is still a member of the North Atlantic Treaty Organization (NATO). With serious rifts between Turkey and Russia over issues such as Syria and Libya, it is unlikely that Turkey will take a step towards complete severance of ties with NATO.

The fact is that Turkey owes its current position, both in the economy and in the global security order, to its presence in NATO. If other security arrangements were in place, perhaps the Turks would never have been able to take advantage of some of the current privileges, such as the large flow of foreign investment over the past 20 years.

Turkey also has an extensive network of security and intelligence communications with NATO members, particularly the United States, which Washington uses as a platform for gathering important data in the region. Turkey, for example, continues to deploy part of the regional US radar system to counter ballistic missiles regional launch.

Ingerlik Air Base, on the other hand, is the most important US strategic air supply and supply base in the region. Although there have been past rumors about Turkey’s desire to evacuate the base, Ingersoll is still active for US bases and shows no sign of an end to American activities. It even seems that US nuclear weapons are still in the concrete bases of the Ingersoll base.

All these signs are enough to make us believe that Turkey’s dependence on the United States and NATO cannot be eliminated with just a few political differences.  Economic independence is meaningless. The Turks have made great efforts to achieve minimal independence in matters such as energy with the cooperation of the Russians, but the fact is that in the current situation such a claim is not accepted by them. The Turkish economy relies heavily on foreign investment and hot money flow to offset the deficit caused by rising imports, without which the lira would fall more than it does today.

Even the Russians cannot cover this weakness. However, despite all this dependence, the main question is whether the Russians can allow Ankara to adventure in the Caucasus or not? 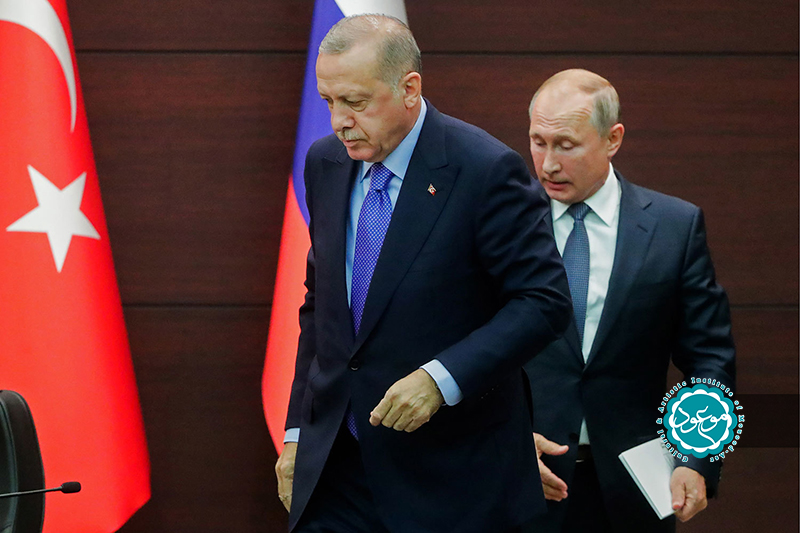 Russia’s challenges in the Caucasus region

Turkey’s influence in the Caucasus and the Caspian region could be a perfect example of challenging Moscow’s power in the region. The Russians have worked hard since the collapse of the Soviet Union to gain the trust of the regional countries, and, they have been somewhat successful.

The Russians, for example, had achieved a lot before the events in Ukraine in 2014. Armenia and Ukraine have given in to Moscow’s demands for rejection of the EU agreement and instead of joining the Eurasian Economic Union, which Russia alone created, promoted, and dominated. Relations with the Republic of Azerbaijan peaked without much effort, and a billionaire replaced Georgia’s ousted Saakashvili, whose government sought to normalize relations with Moscow despite Russia recognizing the independence of Abkhazia and South Ossetia.

The events in Ukraine in 2014 changed this direction somewhat. For example, the Republic of Azerbaijan moved towards expanding military relations with Turkey and, as expected, was able to gain Turkish military support in the recent battle of Nagorno-Karabakh. Georgia also moved more seriously to strengthen its relations with the West.

The more serious Turkish presence in the region could turn into another chapter in weakening Russia’s regional presence. The Russians have always faced complex equations in the Caucasus. But this time it has become a little harder for them to make decisions. Turkish threat in the Caucasus

The number one threat that the Russians face, is Turkey’s presence expansion as a NATO member in the region’s southern corridor. If Turkey’s plan fully annexes itself to the Republic of Azerbaijan via Armenia in reality, Russia will have problems with Iran through Armenia’s land border.

This would limit Iran’s relationship with Russia to the Caspian Sea as well as to Central Asia and would impede Iran-Russia interaction. In addition, Armenia, as a country that has historically relied on Russian support in the region, will be in trouble. The combination of these developments will close the hands of the Russians in the region.

Besides, Turkey’s behavior in various cases will be much more unpredictable. After its defeats and failures in the Libyan and Syrian cases, Turkey has a strong desire to at least gain a minimal achievement in the Caucasus region. This achievement, which is the land connection with the Republic of Azerbaijan, can implement Erdogan plans to establish a land connection with the communication corridors with China without passing through Iran, which is an economic advantage.

Undoubtedly, if this plan is realized, Turkey’s behavior will become even more aggressive. The Russians have already seen and will likely consider many instances of this change in behavior in Turkey. Turkey and the Republic of Azerbaijan will undoubtedly use this issue as a trump card in their relations with the West and the United States and may open their feet to the Caucasus more seriously.

All of this will, directly and indirectly, affect the interests of the Russians in this sensitive area; the effect will not only be positive, but the consequences can last for years. Of course, the Russians have so far tried to prevent tensions from spreading in the region, but sooner or later they will also move to restrict Turkish movement in the region. In the meantime, Iran can play an important role in the decision-making of the Russians.

The visit of the Iranian Foreign Minister to Moscow can be considered a move in the same direction. Referring to the talks between the two sides, Amir Abdullahian said in Moscow: “We expect Russian officials to be sensitive to any possible change of borders in the region and the presence of terrorists and to the movements of the Zionist regime in the region that are against peace and Stability. 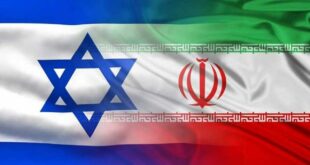