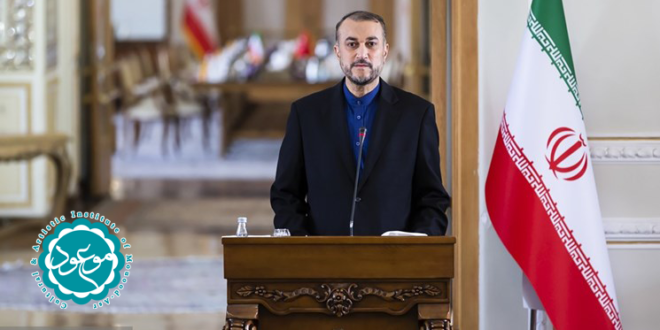 The Iranian top diplomat made the remarks in a joint press conference with his Azeri counterpart Jeyhun Bayramov in Baku on Wednesday.

Given the will of leaders of both countries, strong and effective steps will be taken in line with serving interests of the two nations, Amir Abdollahian said.

He referred to the meeting between Iranian and Azeri presidents on the sidelines of the Economic Cooperation Organization (ECO) summit in Ashgabat late in November, and said the meeting was a turning point in bilateral relations.

As he noted, Tehran and Baku enjoy international and regional cooperation in different fields, always extend necessary support for each other and will continue such support.

Amir Abdollahian pointed to his talks with Azeri President Ilham Aliyev, calling the talks so important.

The two countries will have strong and close relations, he added.

Elaborating on plans of the new Iranian government for developing cooperation with Azerbaijan, the foreign minister said that the two agreed to enhance trade ties and have relations in energy and transit fields.

As he underlined, the Azeri president has stressed the importance of activating a regional process to strengthen ties.

The foreign minister went on to say that the message of a regional format (with participation of regional states) is that countries in the region can resolve their problems without foreigners’ interference.

The Islamic Republic of Iran strongly supports formats which strengthen regional dialogue and find ways to solve problems through regional countries, he stated.

He had arrived in Baku on Wednesday for a one-day visit, during which he also held meetings with Azeri Parliament Speaker Sahiba Gafarova and Azeri President Ilham Aliyev.