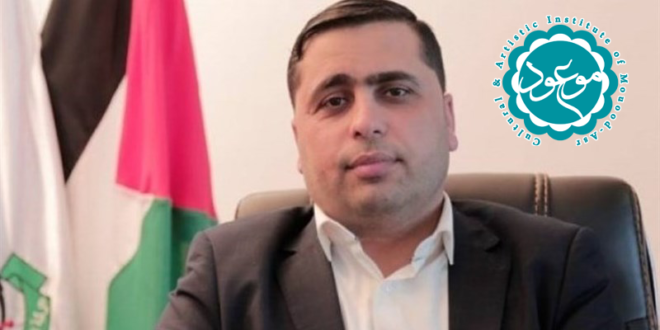 Hamas spokesperson Abdul Latif al-Qanou condemned a move by Britain to designate the group as a “terrorist organization”, stressing that the Palestinian people and resistance are the real owners of the Palestinian land and have the legitimacy to defend their rights.

In an interview with Tasnim News Agency’s correspondent in the Syrian capital city of Damascus, al-Qanou said that the recent decision by the UK’s House of Commons to declare Hamas a “terrorist organization”, is the sign of another disaster that the British government has pictured against the rights of Palestinian people, and is an expression to the old and new enmity that the British government has towards the land and people of Palestine through supporting the Zionist occupiers as well as covering up their crimes.

Al-Qanou stressed that the British government is the real enemy of freedom-seeking nations, especially those who want to get freed of the clutches of the Zionist occupation and its oppression.

“As a national liberation movement, Hamas defends Palestine and has the right to have the means to deter the Israeli enemy as well as using the resistance to liberate and support Palestinian territory,” al-Qanu said, adding, “Resistance is the right that is guaranteed by all international and humanitarian laws and regulations for every nation under occupation to defend themselves and confront the occupiers.”

The spokesman said Britain’s new decision would never prevent Hamas from developing its capabilities and increasing the strength of the resistance.

The Palestinian resistance will continue on its way and will not pay attention to the decisions of the British House of Commons, as it will also be denounced by the Palestinian people and all the free people of the world, and just as Balfour Declaration did fail, so too will the decision by the UK, he stressed.

Al-Qanu revealed that the Hamas movement has started its communication with institutions, freedom seeking movements as well as representatives of Arab parliaments, and Islamic and Western countries in order to form a comprehensive front to oppose this oppressive decision against the rights of the Palestinian people and their just resistance, adding that Hamas will do everything in its power to confront and foil this decision.

He stressed that the unified stance of various Palestinian groups as well as the popular consensus against the decision by showing support for the Hamas movement reveals that the British decision is only a track of ink on the paper and lacks practical values on the ground.