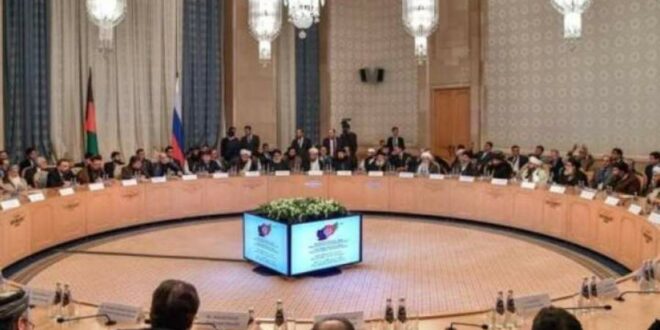 Mouood: Strategic Council Online – Interview: A university professor, saying that if the Taliban do not fulfill their commitments, they should not expect other players to cooperate in different fields, stressed: At the Moscow, efforts should be made to move the negotiations in a direction where the United States and the Taliban undertake commitments that are difficult to be ignored.

Speaking in an interview with the website of the Strategic Council on Foreign Relations, Dr. Nowzar Shafiei, referring to Russia’s decision to hold an extended troika meeting (Russia, US, China and Pakistan) on Afghanistan with the presence of representatives of the Taliban interim government, said: The prerequisite for resolving the Afghan crisis is that the Taliban, while respecting different ethnic and religious groups, form an inclusive government in which those groups nominate their representatives for being present in it; rather than the Taliban select people from ethnic and religious groups.

Emphasizing the Taliban’s responsibility for internal and border security, the university professor added: Basically, when the government, even though stationed temporarily in a country, has responsibilities that are generally referred to as ‘security’, in this regard, physical security and mental security should be considered. The interim government is expected to address the current threats which we are now witnessing in Afghanistan.

Need for cooperation and collective initiatives to ensure regional security

Shafiei continued: The interim government should either be able to provide such security alone or it should ask for help from others, especially its neighbors. If in doing so the Taliban have difficulty, they should allow a coalition of countries to counter with the terrorist groups based in Afghanistan alongside the Taliban. This is a commitment made by the Taliban to the United States, Iran, Russia and China.

Emphasizing the importance of bilateral cooperation between Iran and Afghanistan, the expert on Asia affairs said: Intelligence and security cooperation with the Taliban is very constructive in the current situation in order to confront with the ISIS.

Shafiei added: We are now witnessing the failure of the Taliban to fulfill its commitments undertaken in the talks with different countries, and in some cases they officially ignore those commitments that are unacceptable and unjustifiable.

Referring to some Western media instigations against Iran and the claim of covert aid to bring the Taliban to power and not supporting the will of the Afghan people to create a kind of psychological warfare, the university professor stressed: Iran should pay attention to multilateral initiatives so that the negative consequences of the conflict in Afghanistan are not unilaterally addressed to us. The good thing about the multilateral initiative is that countries cannot put “deception” on their agenda.

Emphasizing the need to pay attention to issues such as human rights, how to advance the education of citizens and the economic well-being of the Afghan people, he said: The Taliban should allow women to study and as a government, albeit temporarily, is responsible for such issues. Such issues are some of the most obvious principles that the Taliban must follow.

Shafiei said the threat of the ISIS is addressed towards Iran, countries of the region and the world in the long run and reminded: In the current situation, countries are facing a global threat, dealing with which requires a global initiative.

Further elaborating; the former deputy of the Islamic Consultative Assembly added: If the Taliban address such concerns, they can receive benefits, including recognition of the group and humanitarian cooperation and the expansion of trade and economic exchanges.

Shafiei added: Countries in the region and neighboring countries of Afghanistan generally have common security concerns. Pakistan is now faced with problems with the Taliban and is unhappy with the centrality of Qatar and Turkey in the talks with the Taliban. For this reason, it has suspended its flights to Kabul and closed its borders. Certainly, such conditions can be a good start for regional cooperation.

He cited multilateral cooperation as a factor in line with the public interest of the region and thwarting the plans of trans-regional countries, especially the United States and added: Under such circumstances, the United States will no longer be the only player and cannot pose a threat to its rivals by making the region insecure.

The university professor referring to the remarks of the Russian president’s special envoy for Afghanistan who has said that it is not expected that any unprecedented progress be achieved at the Moscow meeting, added: The Taliban had already held talks with all parties that are scheduled now to hold talks in the Moscow meeting. The Taliban want a result that will help consolidate their rule. They should be notified that if they do not fulfill their obligations, they should not expect other players to cooperate in different fields. 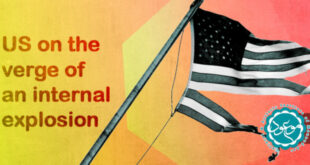