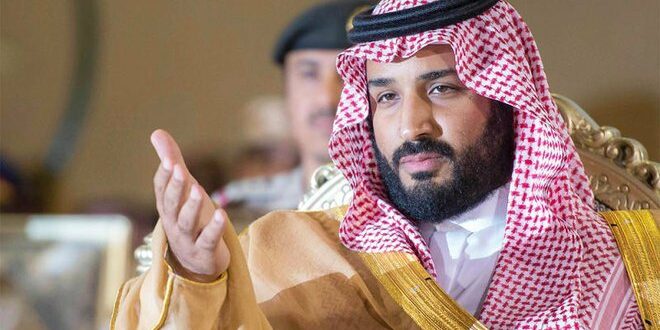 The Arabic-language Arabi 21 news website quoted a Saudi source as stating that Bin Salman was due to visit Paris to meet with President Emanuel Macron but repeated demands for holding protest rallies in Saudi Arabia by the ‘September 15 Movement’ postponed the trip to an unspecified period of time.

According to the report, the Saudi people were due to hold protest rallies on Friday (September 15) but they changed decision after the security officials’ intensified presence turned the country into a military base.

Also, tens of legal activists in Paris this week held a protest rally against the Saudi crown prince’s visit, blasting the government in Riyadh for its human rights violations.

Meantime, bin Salman’s order to suppress the opponents and rival princes who are obstacle to his succession to power is seen as another major factor contributing to rising tensions in the Saudi society.

In relevant remarks earlier this month, Saudi whistle-blower Mujtahid, who is believed to be a member of or have a well-connected source in the royal family, revealed that Mohammed bin Salman continues attempts to crackdown on the opponents and has recently ordered arrest of a Saudi prince.

“Reliable sources say that prince Abdolaziz bin Fahad has been detained in his palace in Jeddah,” Mujtahid wrote on his webpage.

He added that the special forces working under Mohammed bin Salman attacked the prince’s palace, arrested him and took him to an unknown place, noting that efforts by bin Fahad’s mother, Johareh, to find his whereabouts have proved futile.

Mujtahid underlined that bin Salman shows no mercy to his opponents and believes that no one, even the sons of Abdolaziz, should remain immune from his suspicions.

Arab media reported in August that bin Salman has escaped an assassination attempt at one of the royal family palaces in Jeddah.

Arabic language Mer’at al-Jazeera quoted sources close to the royal family as saying that bin Salman was targeted by an assassination attempt in Jeddah by one of the Saudi princes.

Also, a western diplomat in Riyadh said that the Saudi crown prince wasn’t harmed in the failed attempt and the prince who made the move was arrested.

Bin Salman’s ambitious acts in recent months and his attempts to dethrone the rivals have created wroth among other Saudi princes.

The Arab media have been reporting recently that Saudi Arabia’s King Salman bin Abdulaziz al-Saud is much likely to step down in favor of his son Mohammed, the new crown prince, within the next few months.