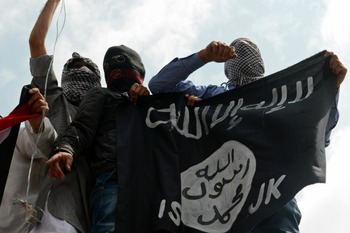 The ISIS terrorist group is stealing phosphate from Khanifis mines in Hama province as well as crude from Sha’er and other oil and gas fields of Syria to sell them to foreign countries, specially Turkey, media reports said.

The terrorists have transacted with a number of Turkish army commanders and the family members of President Recep Tayyip Erdogan, SANA news agency said on Wednesday.

A French fact-finding committee said in July in a report that the ISIS terrorist group has been facing very bad financial situation in 2016, while the number of its forces has been continuously decreasing in the recent months too.

“In 2015, the ISIS terrorist group earned over $3bln in Iraq and Syria, including $600mln from exports of crude oil and $300mln from gas, but after the ISIS-held regions, specially energy-rich regions, shrank the group faced sharp decline in its revenues,” said the report, written on the basis of the findings of 60 journalists and activists.

“The ISIS had to find new sources of income. Trafficking of drugs, smuggling of historical monuments, looting museums, imposing high taxes on the consumption of water and electricity stood atop ISIS’ new sources of revenues,” the report added.

“ISIS earned around 900,000,000 euros through levying different kinds of taxes and also 150 million of dollars from trade of cigarettes and narcotics,” the report said, adding, “In the meantime, the ISIS that had around 30,000 of fighters in 2015, now in the middle of 2016 has only 12,000 combatants in the battlefields in Iraq and Syria.”

A captured militant from the terrorist group who spoke to Sputnik news agency in January then bolstered claims that Turkey is involved in illegal oil deals with the Takfiri group up to the hilt.

“At the training camp in May 2015, our commander told us that the group sells fuel to Turkey. That income covers ISIS’ costs. The oil trucks crossing into Turkey every day carry crude oil, as well as petrol,” he said, adding that the ISIS group has enough oil to last them a long time.

The Russian defense ministry had also announced that Turkish President Recep Tayyip Erdogan and his family members are directly involved in illegal oil deliveries from ISIS oil fields in Syria.

Turkey’s leadership, including President Erdogan and his family, is involved in illegal oil trade with ISIL militants, the Russian Defense Ministry had said, stressing that Turkey is the final destination for oil smuggled from Syria and Iraq.

Satellite and drone images showed hundreds and hundreds of oil trucks moving from ISIS-held territory to Turkey to reach their destination at Turkish refineries and ports controlled by Turkish president’s family.