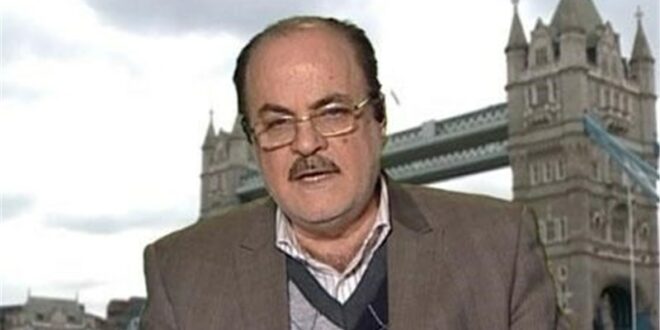 A London-based Iraqi political analyst slammed the Saudi regime for its direct role in last year’s deadly crush of people in Mina, which killed more than 7,000 Hajj pilgrims, saying that there are clear indications that the incident was a deliberate act.

“It can be clearly said that the Al Saud regime had planned for the disaster and obvious signs of intentional killing of innocent pilgrims can be seen (in the incident),” Head of the Center for the Southern Iraq Studies and Professor of London University Ali Ramazan al-Ousi told the Tasnim News Agency.

Several issues can be mentioned regarding the tragedy, he said, adding that firstly, there was an act of “intentional negligence” on the part of Saudis when ambulances made no move to save the victims at the time of the disaster until they lost their lives.

The senior Iraqi analyst went on to say that secondly, the exit routes from the main path used by a large number of pilgrims were blocked at that time.

If Saudi emergency vehicles had poured water on the thirsty pilgrims or opened the exit routes, the tragedy would not have occurred, Ousi noted.

He made the remarks on the occasion of the first anniversary of the deadly crush of people during the last year’s Hajj rituals in Mina, near the Saudi Arabia’s holy city of Mecca, which claimed the lives of over 7,000 pilgrims, including 465 Iranians.

The incident marked the worst ever tragedy during Hajj.

“Several thousand families from different countries lost their loved ones and their nations were bereaved. From the Islamic Republic, close to five hundred people were among the martyrs. The hearts of their families are still broken and bereaved and our people remain grief-stricken and angry,” the Leader said.

“Instead of apology and remorse and judicial prosecution of those who were directly at fault in that horrifying event, Saudi rulers- with utmost shamelessness and insolence- refused to allow the formation of an international Islamic fact-finding committee.”

Ayatollah Khamenei further stressed, “The world of Islam, including Muslim governments and peoples, must familiarize themselves with the Saudi rulers and correctly understand their blasphemous, faithless, dependent and materialistic nature. They must not let those rulers escape responsibility for the crimes they have caused throughout the world of Islam.”