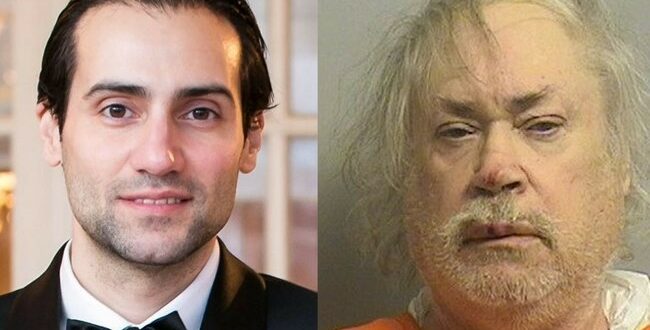 Arab communities in the United States are in shock after a Lebanese-American man was shot and killed by a neighbour who had allegedly used violence and racial slurs against the family for years.

Khalid Jabara, 37, was shot and killed on his front porch in Tulsa, Oklahoma, on Friday.

The family’s neighbour, 61-year-old Stanley Vernon Majors, was arrested and he is expected to be charged with first-degree murder later this week, Tulsa police said in a press release.

“My family lived in fear of this man and his hatred for years,” read a family statement shared online by Jabara’s sister, Victoria Jabara Williams, on Monday.

Majors was awaiting trial for aggravated assault after allegedly hitting Jabara’s mother, Haifa, with his car last September, which caused her numerous injuries. He was released on bond in May.

“Only 30 minutes prior to my brother’s shooting, Khalid called the police stating this man had a gun and that he was scared for what might happen. The police came and told him there was nothing to be done,” the family’s statement said.

The family said Majors repeatedly used anti-Arab slurs against them, including calling them “dirty Arabs”, “filthy Lebanese”, “Aye-rabs”, and “Mooslems”.

Police confirmed in a statement that officers had responded to a call from Jabara the evening he was killed. “Officers arrived at the location and were unable to locate any criminal activity. Officers then left the scene,” the police said.

Tulsa police also confirmed that Jabara’s mother had a protective order out against Majors, which ordered him to stay away from her and her home, and that he had “a criminal history” with his neighbours.

“Today, in our pain, we are also keenly aware that this is not just another murder to be added to crime statistics. Our brother’s death could have been prevented. This man was a known danger,” the family’s statement read.

‘Not the first time’

Veronica Laizure, civil rights director at the Council on American-Islamic Relations’ (CAIR) Oklahoma chapter, said the shooting was probably motivated by anti-Arab bigotry and it is indicative of a larger problem of anti-Arab xenophobia in the United States.

“This isn’t even the first time that anti-Muslim sentiment has resulted in this kind of tragic loss of life,” Laizure said on Tuesday.

“A year and a half ago, there were three young Muslims who were brutally murdered by their own neighbour after a series of incidents where their neighbour said similar hateful things about what he perceived to be their religion and their ethnicity.”

Over the weekend, an imam and his friend were shot and killed in broad daylight in New York City as they left a mosque after mid-afternoon prayers.

Anti-Muslim hate crimes have also risen alongside anti-Muslim rhetoric linked to the US presidential election campaign, according to a recent report put out by The Center for Muslim-Christian Understanding at Georgetown University.

Republican presidential nominee Donald Trump has advocated a ban on all Muslims entering the country, for instance.

Share
Previous ISIS jihadists more likely to be ‘Islamized radicals’ than ‘radical Islamists’: Research
Next Future of Israel Not Long, Our Choice is to Stay in Aleppo, Aoun and Berri Our Candidates – Hezbollah Leader