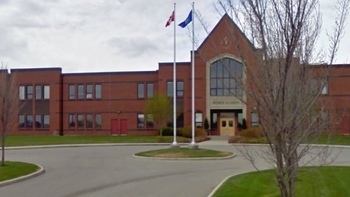 Muslim students in an Alberta private school will be allowed to pray after a judge upheld a human rights decision that rejected school’s discrimination against them.

“The tribunal applied well-established principles of law. For many years, public and private schools have been required to adhere to human rights legislation in offering their educational services to the public,” wrote Justice Glen Poelman in a decision posted this week cited by The Canadian Press on Tuesday, August 16.

“Discrimination is permitted only when reasonable and justifiable as determined by well-established principles.”

The Alberta Human Rights Commission tribunal found in 2015 that Webber Academy in Calgary unlawfully discriminated against the students and fined the school $26,000.

The decision came after the two students, Sarmad Amir and Naman Siddiqui, who were in Grades 9 and 10, testified that praying is mandatory in Islam.

Both students were told in 2011 that their praying was “too obvious” in a non-denominational school.
They continued to hold their prayers in secret in the school, or even outside in the snow.

“I had this intense sense of shame and humiliation, despite that I was just exercising my right as a Canadian citizen, as a human being, to practice my faith,” Siddiqui testified before the human rights tribunal.

Muslims pray five times a day, with each prayer made of a series of postures and movements, each set of which is called a rak‘ah.

The judge’s decision was applauded by Calgary imam Syed Soharwardy.

“I agree with the decision because those young boys were just practicing their rights and their rights should be respected,” said Soharwardy of the Al-Madinah Calgary Islamic Assembly.

He is also the founder and current president of the Islamic Supreme Council of Canada.

“They’re not … causing any disturbances. They are not causing any nuisance. They are just praying. We have to respect the rights that every Canadian citizen has and they have the right to worship.”

Soharwardy suggested Webber Academy should consider changing its policy and allow all denominations to pray if they want to.

Despite the matter ending up in court, Soharwardy praised Webber Academy’s stance, adding that he doesn’t believe there was any malice involved in the school’s attitude.

“I do not believe they had any bad intentions to stop these young boys from prayer,” he said.

“I think they just did not understand the legal rights that these boys had. I don’t believe it was a racist position.”

Muslims are the fastest growing religious community in Canada, according to the country’s statistical agency, Statistics Canada.

Share
Previous Accepting a map with Israel instead of Palestine means standing with oppressor not oppressed
Next ISIS jihadists more likely to be ‘Islamized radicals’ than ‘radical Islamists’: Research