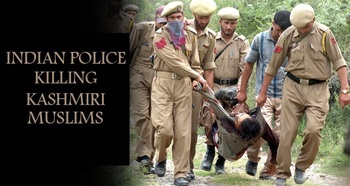 Kashmir is a region located in northwest of the Indian Subcontinent. It is comprised of Indian-administered Jammu and Kashmir State, Gilgit-Baltistan state, as well as Pakistani-administered Azad Kashmir and the Chinese-administered Aksai Chin. The region majorly is mountainous, and the Karakoram mountain range contains K2 Mountain, the second-highest mountain on the earth and a couple of other very high mountains.

Kashmir is also considered as one of key areas of influence of Farsi language, as Iqbal Lahori, the prominent Pakistani poet and politician called Kashmir the “smaller Iran.” The region was later recognized by this name and the people in the region now use the name for Kashmir. The region from north and east meets China, from south meets India, from west shares borders with Pakistan, and from northwest shares borders with Afghanistan. The Indian state of Jammu and Kashmir is a 101,437 square kilometers area, and it has a population of over 12 million, according to a 2011 official census.

Srinagar is the summer capital of the Indian state of Jammu and Kashmir. Its winter capital is Jammu. A large part of the region including Kashmir Valley and Jammu and Ladakh are controlled by India. China, on the other side, holds the majorly unpopulated regions which cover a 42,685 square kilometers area. The Pakistan-administered Kashmir contains Azad Kashmir with Muzaffarabad as its capital in an area of 5,619 square kilometers and Gilgit-Baltistan state with an area of 72,496 square kilometers.

Since Friday July 15, up to now the clashes in Indian-administered Kashmir continued. Nearly 3,000 people have been reported injured and 41 were killed. The Indian media have reported of ongoing clashes in Kashmir despite the heavy security crackdowns imposed by the government. The clashes witnessed a rise after Burhan Wani, whom the government said to be a militant, was killed by government forces. NDTV reported that since Friday and after resumption of clashes and violent demonstrations in Kashmir at least 41 people were killed and over 2,000 people were injured. The media reports suggest that during one of the rallies, the protesters smashed a police station in Kupwara District in northern Kashmir. In response, the security forces opened fire at them, killing a number of them.

In other parts of Kashmir the demonstrations went violent after police clashed with the demonstrators and used batons to put down the protests. The journalists and editors-in-chief of media in Srinagar also protested the city officials’ decision to block release of any newspapers in the city. The security forces have attacked the journalists and detained some of them, according to the reports.

During the past two weeks and after killing a separatist group’s leader in fighting with Indian security forces, heavy clashes broke out in Kashmir, so far claiming lives of tens of protesters, and pushing the Indian authorities to declare curfew in the region. Top separatist leaders including Syed Ali Geelani, Mirwaiz Kashmir, Sardr Muhammad Yasin Malik, Shabir Ahmed Shah, and others were put under house arrest or detained as they took part in the anti-government demonstrations. In India’s Jammu and Kashmir State— or Indian-administered Kashmir as some media put it — people several times took to the streets, demanding self-administration and independence for India. The recent waves of demonstrations sparked after killing of a couple of young leaders of militant groups by the Indian security forces. As people took to the streets for protesting, the Indian security forces have imposed curfew to put down the demonstrations, so far killing over 40 people and injuring 3000 others. The curfew is said to be standing still yet, and after ten days the conditions failed to back to normal.

Meanwhile, Syed Ali Geelani, the most prominent separatist leader in Jammu and Kashmir for the first time sent letters to Iran and China, calling for their support and mediation for settling the increasingly critical conditions in Kashmir. Geelani also wrote to the members of Security Council and the regional organizations like EU, Association of Southeast Asian Nations, Islamic Cooperation Organization, and South Asian Association for Regional Cooperation, calling on them to convince India to make assurances, accept the nature of Jammu and Kashmir crisis, revoke the Indian Armed Forces Special Powers Law, and start process to withdraw military forces of the country from the crisis-hit state. Geelani believes that the addressed countries and organizations are responsible for trying to stop the Indian horror created by New Delhi in Jammu and Kashmir, and should prioritize demanding for release of political prisoners and asking for paving the way for free political activity in India.

The fact is that border clashes, as well as religious and political rifts, especially over Kashmir, have been existing between India and Pakistan since time of foundation of Pakistan. The existence of radical and terrorist groups in Pakistan’s territories and their negative effects on Southern Asia’s security situation caused New Delhi to point fingers at Islamabad after any terrorist attack in India. To put strains on Pakistan, India always accused Islamabad of backing Taliban and other violent groups in India and Jammu and Ladakh states. Therefore, during the 70 years the tensions between the two sides have failed to stop.

On the other side, in northern side of Kashmir, India has border struggles with China. Perhaps one of the reasons foiling any solution to Kashmir cause is India’s interpretation of conditions in its favor and so turning blind eyes to rights of Kashmiri people. In fact, each of players influential in Kashmir cause looks at the issue from its own perspective— an issue keeping the international players from getting involved in the struggle for settlement.

India considers Kashmir conflict as a domestic issue, and Pakistan uses it to press New Delhi. This issue has deprived the world from hearing right news and information from Kashmir. On the other hand, due to regional crises, the media have a very little time of covering the events in Kashmir. For example, recent Kashmir clashes started before the coup attempt in Turkey but the new even in Iranian media failed to circle widely. Meanwhile, the West to see endurance to rifts between India and Pakistan and India and China have declined to show any caring for the issue, and in a way are seeking continuation for this South Asian conflict.

While some argue that due to unimportance of the issue Iran has not paid much attention to Kashmir crisis, others insist that Kashmir is the strategic depth of Iran’s Islamic Revolution in Central Asia. Kashmir’s geopolitical position in the heart of three countries of India, Pakistan, and China and deep Iranian culture and Islamic Revolution influences among Kashmiri population have made the region of strategic significance for Tehran. The people there still honor the name of smaller Iran for Kashmir that was chosen by Iqbal Lahori. Last year, Hakim Sajad Hussein Rouhani, a prominent Kashmiri political activist, in a conference in Iran’s northeastern Mashhad province said that “Iran and Kashmir share cultural commonalities so much that people there call Kashmir smaller Iran.”

Furthermore, referring to the influences of Iran’s Islamic Revolution of 1979 on the Muslim states, Rouhani maintained that during the Saddam Hussein’s war against Iran, a cleric from Kashmir was collecting money from the deprived neighborhoods people in India. He collected $300,000 and delivered it to Iran’s ambassador to India, asking him to send the money to the Iranian troops fighting Saddam Hussein’s forces.

The Kashmiri activist added that the sum of money did not matter. What mattered was the solidarity of Indian Shiite Muslims with Iran because they believed should Iran was defeated, the Shiite Islam would falter.

“Thank God we observed failure of Saddam, and now we see the Islamic Revolution is thriving,” continued Rouhani.

Therefore, it is an unforgivable mistake for Iran to ignore Kashmir whose people see themselves as linked to Iran’s culture, especially that the principal policies of the Islamic Republic urge support for the basic rights of the oppressed Muslims. So the foreign ministry of Iran has to take a firm position against killing of the Muslims of Kashmir.

Moreover, the Kashmir conflict since independence of India and Pakistan from the British colonization has been seen as an essential, long-term, and influential issue in the Indian Subcontinent, and its developments have affected the surrounding countries.

Taking advantage of the purposely silence of the global community and international organizations, the Indian government has violently quelled the Muslims in Kashmir. This comes while Kashmir is considered as the strategic depth of Iran, although the people of Kashmir are not expecting Tehran to do so much on their support, and in periods of time have supported the humanitarian and international ideals of the Islamic Republic, and always pointed to them as good references.

With this view, Kashmir is part of the Muslim world and a product of justice-seeking revolution of Imam Khomeini, the founder of Islamic Republic of Iran. Therefore, it seems unjustified if the Iranian government ignores what is happening in Kashmir. The question is why the Iranian foreign ministry which takes stances upon events in Western countries now is going silent on Kashmir events? Even the Iranian broadcasting has failed to provide a complete coverage of crisis in Kashmir. Even the revolutionary institutions have declined to take an appropriate response.