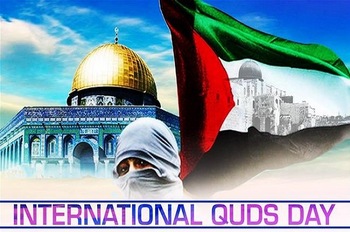 Seyed Hossein Naqavi Hosseini said huge turnout in the rallies will convey the message that Palestine is once again the main issue for the Muslim world.

He added that the world arrogance and the trio of the US, Zionist regime, and Saudi Arabia have been making all-out attempts to isolate the issue in the Muslim world through spreading discord and tension among Islamic countries and giving rise to terrorist groups.

Naqavi Hosseini said that given these plots, Palestine has not been the focus in the Islamic world during the past few years.

However, he stressed, with the participation of Muslims around the world in the International Quds Day rallies and turning the world’s attention to the atrocities committed by the Zionist regime, the issue of Palestine will once again become the number one priority in the Islamic world.

Every year on the last Friday of the Muslim holy month of Ramadan, worldwide rallies are held to commemorate the Palestinian people’s resistance against Israel and their struggles to liberate their territories which have been occupied by Israel for decades.

Millions of pro-Palestinian demonstrators, including Muslims and non-Muslims, take to the streets to denounce Israel’s atrocities against the people of Palestine.

This year’s Quds Day rallies will be held across the world on Friday, July 1.