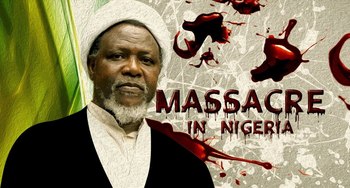 The first court hearing on the kidnapping and maltreatment of Sheikh Ibrahim Zakzaky, the leader of the Islamic Movement of Nigeria (IMN), will commence on May 18, 2016 at the Federal High Court in Kaduna State.

Sheikh Zakzaky was abducted and abused by Nigerian military troops in the midst of the Zaria massacre, in which thousands of IMN members were killed and injured by the military.

In a press release issued by IMN spokesman Ibraheem Musa, the organization stated that: In line with the decision of the Islamic Movement in Nigeria, IMN to seek redress in a formal court to restore the dignity, humanity and fundamental rights of its leadership and members that have been trampled upon and abused by the Nigerian government and its Army when it attacked it in a killing spree on the 12th to 14th of December 2015, dates for the commencement of court hearing have been slated.

The first hearing among a series of others is coming up on the 18th of May 2016 at the Federal High Court in Kaduna in a case seeking to enforce the fundamental rights of the revered leader of the Movement, His Eminence Sheikh Ibraheem Zakzaky and his wife Sister Zeenatuddeen Ibrahim and other members of the Movement that lost their lives and their properties in the genocide of the 12th to the 14th of December 2015.

A similar case is also coming up on the 23rd of May 2016 at the Federal High Court in Abuja seeking to enforce the rights of the leader and his wife to freedom as they have not been informed of the commission of any offence and have not been given their due process rights.

IMN is aware that this act of civility it had displayed by seeking redress through peaceful means despite all efforts and intimidations by the government and the Army to deter it and instigate the movement into violence, has not gone down well with the perpetrators. Hence, it is evident that in trying to stop the movement from going to court, the government is using the Department of State Service (DSS) to intimidate the legal team leader of the IMN and respected human rights lawyer Femi Falana SAN.

The DSS sought to interpret the brief given to the legal team and insisted that the legal team must appear before the kangaroo Judicial Commission of Inquiry JCI set up by the Kaduna state government to indict the IMN and desist from going to court.

The DSS also accused Falana of issuing ultimatum and threats contrary to their claim that the leader of the IMN Sheikh Zakzaky instructed him to represent him at the kangaroo Commission. The DSS further instructed the Legal Team to reconcile the Movement with the government and go to the Kangaroo Commission in the interest of what they termed peace and security of the nation as if the Courts are insecure and violent.
We wish to state categorically here that the decision by the IMN to seek redress in the court of law and stay away from the Kangaroo Commission is that of the leader of the Movement, His Eminence Sheikh Ibraheem Zakzaky and not that of Femi Falana SAN. Hence, the allegation of acting contrary to the instruction of our leader as alleged by the DSS is unfounded and mischievous.

The steps taken by the IMN after declaring over 850 names of missing persons and their profiles after the pogrom has forced the Kaduna state government to confess before the JCI that it mass buried 347 victims of the genocide against the IMN.

The confession by the state government further clarified reports by reputable human rights organizations in the world that include Amnesty International, Human Rights Watch, Islamic Human Rights Commission of London and others that a crime against humanity had been committed by the Army and its allies.
These numbers included women, children and active youths who were incessantly killed by the Army in the most inhuman manner, stabbing women in their breasts with bayonets, burning people alive, shooting at very close ranges and even mutilating private parts of women with sharp objects.

As though this was not enough, hundreds of other members of the IMN have been abducted and kept incommunicado in unknown detention facilities. This has raised suspicion as to the possibility of other mass graves that have not been discovered. It would be most inhuman for anyone to attempt to sweep all these crimes under the carpet in efforts to set the perpetrators free from facing justice for their crime.

Finally, we still call for the immediate and unconditional release of our leader Sheikh Ibraheem Zakzaky and other members and for justice to be done and perpetrators of the genocide to be punished accordingly.

The Movement will follow the laid down rules and procedures in seeking redress and no amount of intimidation and provocation will deter it from the path of truth and justice.