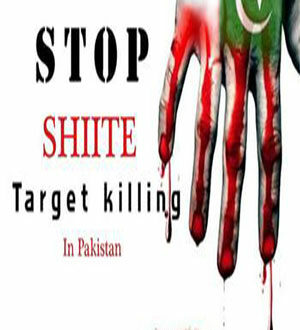 Two Shia Muslims have been gunned down in three days in Dera Ismail Khan but KPK government has not taken any action.

According to details, terrorists gunned down caretaker of Laal Shah Dargah Razi ul Hassan earlier Monday after which they ran away. Head constable Asad Abbas was also martyred a day earlier in Dera Ismail Khan. This happened when security was on high alert in the city due to Nowruz.

Terrorists of banned Sipah e Sahaba were also recently released by the government from different jails of the country. Sectarian target killing has once again started in the country soon after the release of Sipah e Sahaba’s terrorists.

Share
Previous Seyyed Nasrallah: No Limits, Red Lines in Any Future War with Israel
Next U.S. says Myanmar persecutes Rohingyas, but not genocide