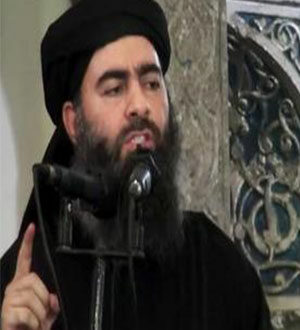 ISIS chief Abu Bakr al-Baghdad has reportedly appointed a female Saudi fighter to head up a new battalion in northeastern Syria, according to an activist.

Nada al-Qahtani, who joined the group in 2013, used to lead the Khansa battalion in the militants’ de facto capital of Raqqa, located in Syria. She will now lead a new branch of the all-female fighting unit in Hasakeh, the activist said.

Baghdadi – who has not been seen in public or photographed since 2014 – met with Qahtani twice in a meeting with other ISIS leaders. She is seen as having a strong character, the activist said.

The female fighter “is now present in Hasakah… and she plays a prominent role on the level of communicating with foreign fighters,” he also said.

Qahtani left to Syria in Dec. 2013 and pledged the oath of allegiance to Baghdadi. In one of her tweets, she revealed her intentions to become a suicide bomber, and called on women to encourage their husbands and sons to join ISIS.