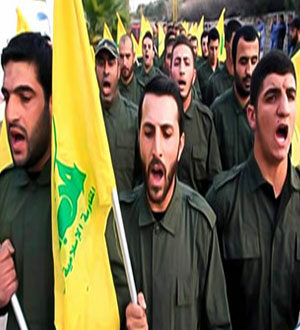 On 20 January 2016, Shabak (Shin Bet), Israel security agency announced that it has disbanded a five-member operation group in Tulkarm, the West Bank which was particularly led by Jawad Nasrallah, son of Secretary General of Hezbollah in Lebanon.

The group was led through social networks and contacts with Mohamed Zaghloul, the commander of the group.

Shabak declared that the group was aimed to launch shooting operations and suicide bombing in the Israeli regime, and had received 5 thousand US dollars from Hezbollah to buy weapons.

The Israeli Ministry of Defense claimed that Unit 133 of the Lebanese Hezbollah is responsible for such operations.

Hezbollah’s Unit 133 was founded in 2000 to collect information, purchase weapons, and design and implement operations against the Israeli regime in the occupied territories, Jordan and Egypt; Mohammed Ataya, a former commander of Unit 1800 of Hezbollah has been the commander of the group.

On 8 September 2015, Shin Bet reported that it has arrested a Lebanese- Swedish citizen called Khalil Heizaran on 21 July 2015 at Ben Gurion airport in Tel Aviv who has been collaborating with the Lebanese Hezbollah since 2009.

Considering the arrest of the people with dual nationality, Shin Bet argued that Hezbollah is investing on foreign tourists to conduct operations in Israel which could generate a new wave of insecurity in the occupied territories.

The individualistic feature of the Palestinian operations which have begun since 14 September 2015, has made it an uncontrollable phenomenon for the Israeli regime.

However, the Israeli regime fears that Lebanese Hezbollah may get a good command of psychological warfare in social networks and lead the individual stabbing operations and promote them to a higher level of conflicts.

Because now the Israeli regime considers the social networks as a main means for synergy and excitement of the Palestinians that are widely published with the hashtags at Facebook and Tweeter.

The general analysis in the Israeli media presume that Lebanese Hezbollah intends to infiltrate into the West Bank and the occupied territories to revive the martyrdom- seeking operations of the 2000 to 2005 conflicts, and get back the wave of conflicts from the Muslim community into Palestine and al-Quds, and again render the issue of al-Quds the most important issue of the Muslim world.