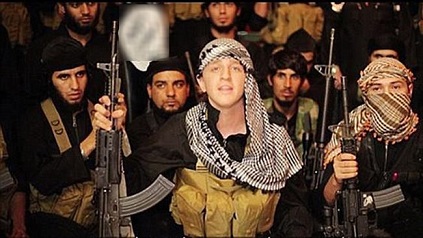 ISIL recruiters have stepped up attempts to entice vulnerable youths in Australia to join the ranks of the Takfiri terror group mainly operating in Iraq and Syria, a British daily reports.
The recruiters infiltrate youth welfare services in Australia under the guise of youth workers in Bankstown, a suburb of the city of Sydney, and attempt to recruit young Australians to fight alongside the ISIL, the Daily Telegraph reported on Monday.

The ISIL-linked elements arrange to meet youngsters away from their families and security officials.
“They offer them (the youth) things — friendship, shelter, food, drugs, money — something they couldn’t get elsewhere, while convincing them their family, friends and accredited youth groups do not care,” said Sarkis Achmar, a former youth worker in Bankstown.
To make an example, Achmar named Abdullah Elmir who acted as a youth worker to lure vulnerable teenagers into joining ISIL in Bankstown three years ago.
According to Professor Greg Barton of the Global Terrorism ¬Research Center at Monash University, ideal ¬locations for “predatory recruiters” are the locations where troubled youngsters congregate.
“We’re not dealing with unique techniques with (the ISIL) but techniques cynically used by scam¬mers, religious cults, drug networks, sexual groomers and so on,” Barton said.
Barton also noted that extremist groups could conscript vulnerable youth online and on the streets.
“The initial contact can take place online or on the street and the process itself is gradual,” he said, adding that young Australians with no combat experience are often brainwashed by ISIL militants to carry out bombing attacks.
Barton further said, “Their (the youths’) thinking changes in stages but the rate of change is speeding up. It can now happen very quickly.”
Some 120 Australians have joined the ranks of the ISIL in the Middle East so far and more than 150 of the country’s nationals are currently supporting Takfiri terrorists financially, according to the Australian government.
Moreover, 288 others have been prevented from leaving Australia over the past nine months, the Australian police say.
To counter ISIL propaganda, a “tsunami of social media” is necessary, said Muslim community leader Jamal Rifi in Sydney, adding, “We can’t shield our boys and girls but we can empower them to resist the hateful ideology and survive the toxic environment of cyberspace.”
A large number of Western citizens have traveled to Iraq and Syria to join the ISIL terrorists. Political observers say ISIL propaganda machine has played a significant role in boosting recruitments.
The Australian government has recently ratified a law criminalizing travel to ISIL strongholds, including those in Syria and Iraq. Individuals charged could face up to 10 years in prison.