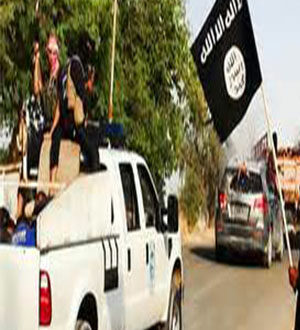 Projecting the ISIS takfiris as “Islamic”

Crescent International Monthly Journal, April, 2015
Crescent International is a publication of the Institute of Contemporary Islamic Thought (ICIT), Toronto, Canada
Graeme Wood’s attempt to paint the takfiris as “Islamic” is meant to discredit Islam and turn Muslims away from its principles to establish an Islamic State.
Some Western writers have a tendency to over-simplify complex issues and make blanket statements about groups. The aim is to advance Western policy through deliberately distorted analysis. The overriding narrative posits that the West is the repository of all wisdom and sophistication and other people, especially Muslims, are barbarians.
This has been illustrated most recently by Graeme Wood’s write-up in the March 2015 issue of The Atlantic monthly about the takfiri terrorist group that goes by the acronym ISIS or ISIL. To properly evaluate Wood’s essay titled “What ISIS Really Wants,” it is crucial to analyze his words as political propaganda. The essay has too many intellectual and journalistic flaws that make it dangerously naive to examine it as a genuine, but flawed academic or journalistic piece.

Wood’s essay is typical of the mediocre half-truth propaganda (known as batil in Islamic terminology) practiced and perfected by NATO mouthpieces. The half-truth methodology is aimed at diverse audiences who might find bits of truth that appeal to their worldview and construct a flawed narrative of the overall situation. The fragments of truth are utilized as sugarcoating in order to feed falsehood as reality.
It is important to keep in mind that the success of NATO’s propaganda machine is primarily based on its hard power hegemony. If China, Russia, or North Korea, for instance, were to achieve the same degree of military, economic and political hegemony through similar genocidal policies as the US and its surrogates, Kung-Fu movies, Confucianism, Russian literature or Kim-Jung Il would be as popular as secularism, George Washington and McDonald’s.
Analyzing Graeme Wood’s essay published by The Atlantic magazine clearly exposes the white man’s burden narrative along with pseudo-intellectualism. As Dr. Yasir Qadhi and Daniel Haqiqatjou correctly point out in their response to Wood,“popular as it is, Wood’s essay is deeply flawed and alarmingly tone-deaf —dangerously so. What is so objectionable about Wood’s essay is encapsulated in his statement, “The reality is that the Islamic State is Islamic. Very Islamic…” By characterizing ISIS as Islamic, Wood and Haykel in effect, if not intent, attributes cruel beheadings, wanton massacre, and all other manner of savagery to Islam. In their minds, such an attribution is neither factually incorrect nor particularly damaging to “nearly all” Muslims who reject ISIS. But are Wood and Haykel too naive to understand that by making such attributions to Islam, they ipso facto implicate and foment suspicion about all those who subscribe to Islam?”
Dr. Yasir Qadhi and Daniel Haqiqatjou’s response to Wood’s essay is good, but it is intellectually too rewarding to Wood’s politically oriented and Islamophobic essay that has little to do with academia, journalism or intellectualism, and everything to do with politics and the soft-power aggression against Islam and Muslims.
Our analysis of Wood’s essay will focus on its socio-political aspects. Our reading of his essay points to the direction that Wood — and those who selected him specifically to do this report due to his views on religion and those who decided to publish the essay — primarily wanted to take with the following four socio-political objectives in mind:
1. discourage Muslims from pursuing an Islamic model of governance;
2. tarnish Islam’s image among Western masses whose general information about it is virtually negligible;
3. attempt to secularize Muslim discourse on Islam; and
4. promote Uncle Sam’s best friend, the“Saudi” monarchy.
We will point out key phrases and terms that expose Wood’s essay within the above outlined framework.
Discouraging Muslims from pursuing an Islamic model
“And as more reports of misery within it [ISIS] leak out, radical Islamist movements elsewhere will be discredited: No one has tried harder to implement strict Sharia by violence. This is what it looks like.”
“Bin Laden viewed his terrorism as a prologue to a caliphate he did not expect to see in his lifetime. His organization was flexible, operating as a geographically diffuse network of autonomous cells.”
The above statements of Wood’s are the ones that stand out; others make the same point, but in a more subliminal manner. The intent is not difficult to decode. Wood wants to show that the best an Islamic government can offer is a murder-based system in the mountains [Bin Laden] or a bunch of ignorant serial killers that emerged in Syria. Of course Wood conveniently overlooks the fact that ISIS emerged in Syria only when Turkey — a NATO member — opened its doors for them. The green light came from Washington.
Tarnish Islam’s image among Western masses
“The reality is that the Islamic State is Islamic. Very Islamic. Yes, it has attracted psychopaths and adventure seekers, drawn largely from the disaffected populations of the Middle East and Europe. But the religion preached by its most ardent followers derives from coherent and even learned interpretations of Islam.”
The above statement needs no elaboration; only an extremely ignorant person would fail to understand the agenda behind it. Of course Wood would never attribute two world wars and the use of nuclear weapons to secularism, democracy and capitalism, let alone the fact that no matter how monstrous ISIS, compared to the US, it pales into insignificance in terms of the number of countries it has invaded. The maniacs from ISIS that were allowed by the Turkish government (courtesy of Washington warlords) to enter Syria have technically “invaded”only two countries: Iraq and Syria. At the moment the US is militarily involved in Afghanistan, Somalia, Syria, Iraq, Pakistan, the Philippines and Libya, plus it supports gruesome regimes in various parts of the world. The US also has military bases in nearly 100 countries.
Attempting to secularize Muslim discourse on Islam
“Bernard Haykel, the foremost secular authority on the Islamic State’s ideology.”
First, whoever at The Atlantic was responsible for editing this caption should probably be sent back to get some more journalistic training. Using Haykel as the principal “authority” is equivalent to writing an article on capitalism and interviewing a communist economist expecting a relatively objective evaluation on capitalism. The essay’s inclusion of mainly a secular/atheist counter argument against ISIS is a simplistic but subtle attempt to convince Muslims that ISIS can be challenged only by borrowing elements from secular/atheist thought.