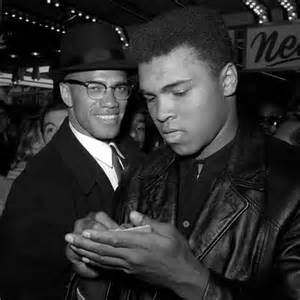 Algiers, Algeria
*Date: 21st of February 1965
*Place: Audubon Ballroom, New-York, USA
*Main Historic Figure: Malcolm X or Hadj Malik El Shabazz
The Late Malcolm X was born Malcolm Little on May 19,1925 in Omaha , Nebraska, his father , a Baptist Minister was an outspoken follower of Marcus Garvey , the Black Nationalist Leader in the 1920s who advocated a “ Back to Africa” movement for African Americans, and during Malcolm ‘s early years his family had to move several times because of the Ku Klux Klansmen ‘s continuing threats as a result of these threats , his home was burned in Michigan and when Malcolm was six years old , his father was murdered.
In the aftermath of this tragedy that occurred to her husband, his mother became mentally ill and remained in a mental institution for about 26 years, Malcolm was sent to a foster home and his sisters and brothers were divided among several families and Malcolm lived in various state institutions and boarding – houses, he dropped out of school at the age of 15.