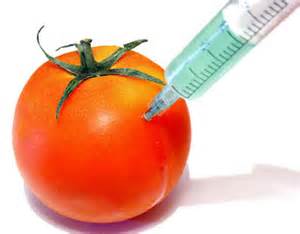 Interviewer: Jennifer Byrne
Jeremy Rifkin is one of the world’s foremost thinkers in the area of genetically modified food – the author of many books and articles on the subject, including most recently “The Biotech Century”. Jennifer Byrne spoke to him from Washington where he heads the Foundation on Economic Trends.
Transcript:

Byrne: Jeremy Rifkin thank you for joining us tonight. You’ve been campaigning on these issues for 20 years or so and have been dismissed in the past as something of a luddite, a techno-phobe – do you feel vindicated now that a lot of others have taken up your concerns?

Rifkin: Well certainly the issues I’ve been raising over the years are now becoming part and parcel of public policy in countries around the world. The fact is that this new technology – agricultural bio technology raises fundamental, profound, far-reaching environmental and health issues and now I think the world community’s becoming aware of that fact.

Byrne: Let’s look at some of those issues cause they are many and varied. First up, the one that perhaps most exercises the fear which is safety.

Rifkin: Well I think first we have to understand that this type of agriculture is not like any agriculture we’ve ever practised for 10,000 years. You know in classical breeding, you can cross close relatives, for example you can cross a donkey and a horse and get a mule. But in classical breeding you can’t cross a donkey and an apple tree and get anything, and I don’t mean to be facetious here – we have a technology which allows scientists and life science companies to take genes from totally unrelated species and combine them in to the genetic code of our basic crops and we simply don’t know what the long term environmental repercussions are gonna be.

Byrne: Isn’t that part of the problem?

Rifkin: Let me say that..

Byrne: ..we don’t know, and what’s happened is that people’s fears have been inflamed by this. We’ve heard the Frankenstein food arguments – people have become almost paranoid about the idea. What I suppose I’m asking is – is the reality that they are unsafe, or I mean scientifically the evidence isn’t there?

Rifkin: Yeah. Well I think scientifically the evidence is there, and I think it’s very transparent. The fact is that one – there is no methodology to judge risk. We don’t have a predictive ecology.

Byrne: Wasn’t it ever thus, that you do have to experiment and what’s happening is that the experimental crops, experimental farms are being dug up by anti-GM campaigners? So no wonder there’s no progress being made.

Rifkin: Well first of all the experimental field trials are a sham because the whole purpose of the field trials is to make sure your genes don’t escape. So there’s elaborate procedures to keep those genes constrained within the plot. Well of course if the genes don’t escape, you don’t have any way of understanding what they may do in the larger environment.

Byrne: But you’re telling all the reasons why they can’t do it – wouldn’t it be fairer to give them a chance to do the experiments?

Rifkin: No I think the burden of proof ought to be on the life science companies to prove it’s safe before the environment becomes the ultimate guinea pig. You know I think the Australian public ought to know for example that the insurance industry world wide is as concerned as we are. The insurance industry is refusing to insure against long term catastrophic loses for genetic pollution from these crops.

Byrne: How do you explain..

Byrne: ..that the British seem so much more concerned – the European communities so much more alarmed about this than the Americans?

Rifkin: Well the American community is alarmed about it. Just last week Gerber baby foods and Heinz baby foods – the two biggest processors of baby foods announced that they would not accept genetically engineered crops, corn or soy for introduction to their food products because of the concern by the American public. What you’re gonna see is many more companies who are saying We’regonna give the public what they want and what they want is not to have genetically engineered products in their stores.

Byrne: Yet many farmers are enthusiastic. I mean they talk about crops that can have higher yields, that will feed the world, and we’ll have pesticide, you know they will be resistant. They say it could actually feed the world and change the whole nature of farming.

Rifkin: Well let me say that I don’t know which farmers you’ve talked to, and I’m smiling again because across the United States now farmers are having second thoughts about Monsanto and Novidas’s(?) genetically engineered food crops. They’re having lots of problems in the fields. It’s not delivering, and farmers are also very very worried about corporate control. I don’t know if you’ve ever seen a Monsanto contract, but it’s quite interesting. When a farmer secures a seed from Monsanto, there’s no sale. There’s no seller, there’s no buyer, there’s no exchange of property. Instead the contracts says to the farmer You are accessing the DNA in this seed for one growing season. That means you never buy the seed and it means the new seeds that you get after the harvest do not belong to you the farmer. You cannot use them, you’re violating the contract. They will have to access that information – those seeds every year form 3 or 4 giant trans-national companies who will literally have the lock on the seeds and a lock on the intellectual property contained in those seeds. That’s a basic change in agriculture. That’s the end of the sovereignty for farmers all over the world, and farmers are waking up to that fact and beginning to reject these genetically engineered seeds.

Byrne: I understand there’s also a traitor gene I think it’s called where the plant won’t come to maturity unless it’s sprayed with one of the companies products.

Rifkin: Correct. Well in this begs the larger issue. You know I think it’s rather disingenuous for Monsanto and Novardis(?) on the one hand to say they’re saving the world, they’re gonna feed the world, and on the other hand Monsanto subsidiary Delta Pine develops a technology that would ensure that the news seeds are dead on arrival and don’t germinate. You can’t have it both ways. If you want to feed the world, you don’t turn off the genetic switch on the seed so farmers are not able to re-use those seeds. I think the terminator is shameful. It’s evil and it’s unconciable(?), and I’m absolutely assured the world community’s going to reject it. My personal belief is that all of these patterns on genes are illegal. You know when the chemist discovered the chemical elements in the periodic table, they were not allowed to have patents on the actual chemicals like helium and oxygen and titanium and uranium. That would’ve been bizarre, ridiculous. Yet we are allowing life science companies to claim patents on genes which are also discoveries of nature. I think the patent policy in the US patent policy is illegal. It’s gonna be challenged and I will predict to you now that the patent policy of patenting genes will not hold.

Byrne: What stand has the US government taken in this? What is their attitude towards the creators of these seeds?

Rifkin: Well let me tell you by way of anecdote. The person the US government put in charge of the entire labelling policy and regulation policy at the food drug administration for these genetic products was Michael Taylor. His job immediately before he was the food and drug administrationsTsar(?) for genetic products. He was Monsanto’s chief lawyer and the lawyer for the agricultural bio-tech trade association. Where is Mr. Taylor now? Now that he’s set up the rules and regulations on bio-tech, he’s left the government, he’s back at Monsanto, he’s Vice President for long term planning and strategic planning for the company. It’s just unconscionable. It’s really, really wrong.

Byrne: Are you saying that the US government have become captives of these life sciences industries?

Rifkin: Absolutely. There is this seamless web between the White House, the government and Monsanto and these life science companies, and because there’s a seamless web and there’s so many inter-relationships and commercial relationships, what’s happening is our government’s now trying to force the rest of the world – Australia, Europe, other countries into following what is essentially a bankrupt policy regarding genetic foods.

Byrne: Can you stop it? Is there time, or in fact is progress sufficiently advanced it’s happening?

Rifkin: I think agricultural bio-technology is unravelling. I think it’s gonna fail. One – consumers don’t want it. Two – there is no methodology to judge the risk. Three – there’s no liability in place in case something goes wrong, and Fourth – we simply don’t know what the health effects are gonna be until someone gets sick. Put all those together and I don’t see a lot of light at the end of the tunnel for Monsanto and Novardis. So yes – let’s go ahead into the age of biology. Yes we’re interested in progress, but let’s begin to explore other ways to use this new science to create a sophisticated, sustainable organic-based approach to agricultural production. I think that’s what the world community is looking for in the next generation of agricultural crops.

Byrne: Jeremy Rifkin, thank you very much for joining us tonight, thank you.